The second fully electric bin lorry to collect waste from residents in Cambridge and South Cambridgeshire has arrived, as local councils continue their fleet decarbonisation drive. 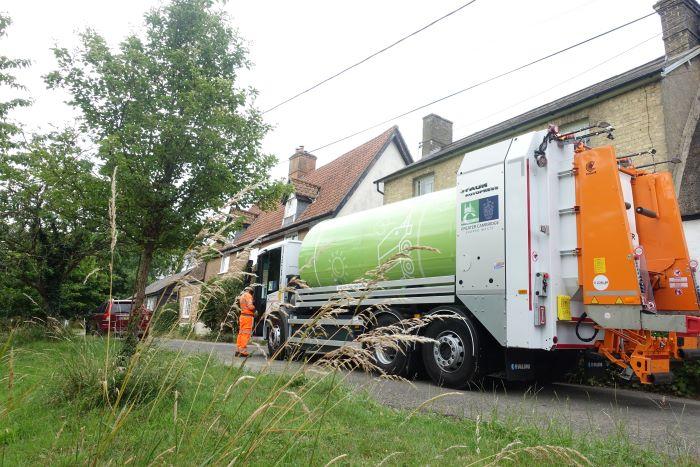 Through their shared waste service, the councils are working to replace their bin lorries with electric or alternative fuel vehicles as existing diesel trucks come to the end of their working lives.

Cllr Rosy Moore, Executive Councillor for Environment, Climate Change, and Biodiversity for Cambridge City Council said “It's great to have our second fully-electric bin lorry which is one more step to help us improve air quality and reduce our carbon emissions whilst maintaining a high-quality service to residents and businesses, collecting waste and recycling. We are committed to replacing our existing diesel vehicles with ultra-low emission versions when each vehicle requires replacement. We are early adopters of this new technology and are pleased to be leading the way as a waste collection service in doing everything we can to achieve our net zero carbon targets."

Cllr Brian Milnes, Lead Cabinet Member for Environment at South Cambridgeshire District Council said: “We were one of the very first waste collection services in the country to introduce a fully electric bin lorry into our fleet and I know residents were pleased to see it out and about. As we continue to reduce carbon emissions from our fleet, it’s excellent news that we are taking delivery of our second such vehicle. Cutting emissions is one of the most significant things that we can do as a Council to meet our zero carbon aspirations for South Cambridgeshire.”

Stewart Gregory, Commercial Director at Faun Zoeller UK added “It has been a pleasure assisting Greater Cambridge Shared Waste with their continued transition to alternative fuelled RCVs. Working with like-minded, forward-thinking authorities is something that is of paramount importance to us. The addition of the E-Rotopress will enhance the fleet and will provide long term benefits, not just to the climate, but also in terms of total cost of ownership.”

The Faun Zoeller E-Rotopress has a constantly revolving body that contains a corkscrew which compacts waste. This type of waste compaction process has far fewer moving parts than are used in a traditional bin lorry, where waste is pushed from one end of the vehicle to the other. The power saved in the waste compaction process means the E-Rotopress can travel longer distances, as the drain put on the vehicle’s battery is reduced. The truck has a top speed of 56 miles per hour, meaning it is one of the fastest electric refuse vehicles on the market currently. It can carry up to 12 tonnes of waste.

Cambridgeshire’s first electric bin lorry – a Dennis Eagle eCollect – has been collecting recycling from Cambridge and South Cambridgeshire residents since 2020. Greater Cambridge Shared Waste was one of the first waste collection services nationally to invest in green waste collection vehicles, which have zero emissions and contribute to delivering better air quality when out on the road.

In order to reach its net-zero aspirations, Greater Cambridge Shared Waste must invest in electric or alternative fuel vehicles.

South Cambridgeshire District and Cambridge City Councils are committed to helping tackle the climate emergency and are working hard to reduce carbon emissions in the delivery of their services. There are already solar panels installed on top of the Greater Cambridge Shared Waste Service’s Depot at Waterbeach, which are used to charge fully electric vans used by members of the team. In January this year, proposals for a solar farm to power electric bin lorries used by Greater Cambridge Shared Waste were included in Cambridgeshire and Peterborough Combined Authority’s latest budget plans. Both councils will also contribute financially to the solar farm scheme.

Greater Cambridge Shared Waste, which is also running a trial on biofuels, collects recycling and rubbish from around 127,000 households. 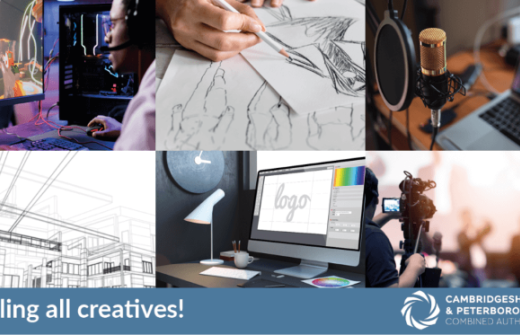 News
Calling all creatives: the Combined Authority wants to hear from you 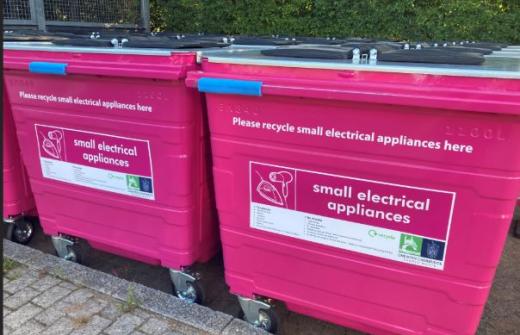 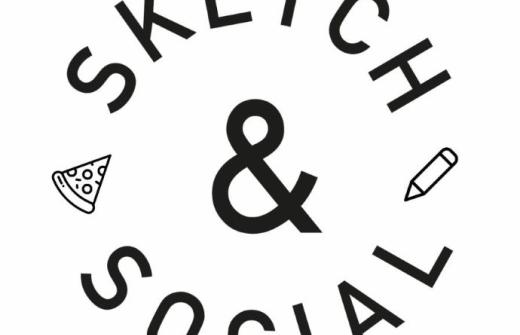