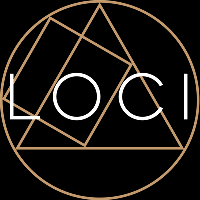 Architectural and Interior Design and Branding

LOCI Interiors, founded in 2004 by husband and wife team Jonathan and Rivka Furbank, has grown into a dynamic award winning design practice specialising in interior architectural design and branding primarily for the hospitality, retail and education sectors.  Jonathan and Rivka met at Brighton University whilst studying for their respective degrees in Three Dimensional Design and Editorial Photography. Creative Director Jonathan went on to who train as a commercial interior architect, later gaining an MA in Set design. He was also a Senior Lecturer in Interior Design at Anglia Ruskin University from 2008-2013. Creative and Business Director Rivka, herself a talented designer with a passion for interiors, set up the design practice as a natural progression from projects they were both involved in.

Loci now employs a team of specialists which over the past fourteen years has created numerous design schemes and brands for schools, hotels, restaurants, bars, sports facilities, shops and offices.  Beginning the business from a small studio in the delightful rural and riverside location of Hemingford Grey, the business relocated to King’s Parade in 2015 to accommodate both the growing workforce and the need to be close to clients, many of whom are Cambridge based.

Working on every scale of project, from simple colour schemes to designing multi million pound refurbishments, Rivka has a fantastic eye for the aesthetic, complementing husband Jonathan’s practical design skills. Joining the team are architect Amanda Latimer, designers Will Mayes and Alison Chinn with admin and marketing staff, Donna and Nicole.

Recognised as an innovative and progressive practice, Loci designs respond to an individual environment. With each specific project, the heritage of the building, branding and the need to provide an great space, are always at the forefront of design. Referencing the past, ensuring a practical space for the present and providing fresh elements for the future, has given Loci its signature flare. Having the unnerving knack of knowing just what the next big thing in interiors is going to be and delivering design with consummate skill, Loci has also been rewarded with many clients from the hospitality sector.

With Cambridge fast becoming the nation's favourite foodie destination, the local hospitality sector has long recognised Loci’s expertise, with many independent restaurants and bars employing the company’s skilled team to design, re-design, build and brand their businesses. A number of Loci designed eateries across Cambridge and the surrounding area have been nominated for design awards and industry recognition. Well known for its involvement with Cambscuisine Loci have designed ten of their restaurants. Their portfolio includes:

The past few years have included a diverse range of projects including a number of designs for Cambridge Colleges and Schools. Jonathan’s time as Senior Interior Design Lecturer at Anglia Ruskin University and his easy familiarity with the college environment has led to stunning interiors and creative designs for Academic clients. Appointed the Interior Design Consultants for The Leys School Great Hall, this major design project, described as by the school as ‘our most important building project for a century’was opened to great acclaim by His Royal Highness the Earl of Wessex. The Leys School Boarding Houses have also undergone a Loci transformation, now offering beautiful functional design and a welcoming, homely environment for the pupils and staff. An ongoing project, West House I & II were completed in the summers of 2016 & 2017, with East House Phase 1 in 2018 and Phase II in summer 2019.

Creating a branding identity to enhance these new spaces is a key function of the service Loci provide. Taking reference from elements of both interior and building design along with client’s ideas, these special brands add a new dynamic.  As a design consultancy Loci is fortunate to have worked with some fantastic clients on an amazing range of projects from commercial and retail to educational and institute buildings, sports clubs and even an Antarctic Base Camp. Recent projects have included a major refurbishment of much loved Cambridge insititution Fitzbillies. Working with Homerton, Clare Hall, Hughes Hall and St Catharines Colleges. Fantastic new office spaces at One Station Square, Cambridge for multi-national financial services company Bluestone Group and Specialist Life Science Marketing Agency Biostrata in Histon. 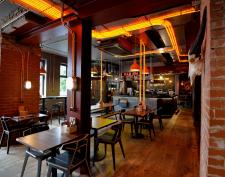 ‘Loci Interiors are engaging and exceptional. They inject character into the entire scheme, down to the smallest detail.’ 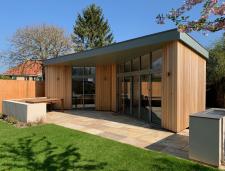 We create engaging architectural spaces for clients, from concept to completion.

Loci Interiors are delighted to be have been appointed Design Scheme Consultant for the Conference facility, Accommodation, Exterior and Entertaining areas at Roxhill Manor Barns, an exciting new wedding and conference centre situated at Marston Mortaine, in the beautiful rolling countryside of Bedfordshire.

Where else but Hot Numbers!

Loci Interiors was thrilled to have been asked to develop design schemes for the refurbishment of the Armitage Room and Old Combination Room at St Catharine’s College, Cambridge.

AA Pub Guide 2020 – The Cock and The Three Horseshoes

Loci Interiors is again so pleased to see National Pub of the Year 2019, the Award winning The Cock Pub and Restaurant at Hemingford Grey and the Three Horseshoes at Madingley, both designed by Loci Interiors, featured among the Top Ten Cambridgeshire pubs voted amongst the best in the UK. To read more click here or or to see more images visit our project pages here.

The Loci Interiors-designed Crown & Punchbowl features in yet another Cambridge magazine.

Loci Interiors has recently been working with a private client to design and build a bespoke garden studio.

Loci Interiors is thrilled to announce that Mill Road Butchers has won Best Conservation, Alteration or Extension Project – 2018 in the Cambridge Design + Construction Awards, sponsored by the Cambridge Forum for the Construction Industry!

Designed by Loci interiors, the Griffin Bar at Homerton College has been nominated for the Restaurant & Bar Design Awards 2019.

Loci Interiors was appointed Principle Designers to design, develop and facilitate the installation of a contemporary interior scheme for the new offices of Specialist Life Science Agency Biostrata, located at Histon near Cambridge.

in 2017 Loci Interiors was asked to act as interior design consultants for the Beth Shalom Reform Synagogue, a place of prayer, community and culture.  The firm offered advice for a tranquil and practical environment, based in central Cambridge.