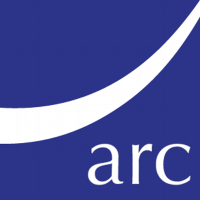 The ARC is situated within the School of Clinical Medicine in the Department of Psychiatry, at the University of Cambridge.

It brings together scientists working on autism from around the University of Cambridge. It also has major collaborations with other universities, and works closely with clinical and voluntary sector services.

The ARC has approximately 30 research scientists and support staff, drawn from a range of disciplines (cognitive neuroscience, psychiatry, paediatrics, neonatology, genetics, and biochemistry).

The ARC is partnered with the National Autistic Society (the UK's leading charity for autism) and the Cambridgeshire and Peterborough Mental Health Foundation NHS Trust.

The ARC receives major funding from the Medical Research Council (MRC), the Wellcome Trust, the National Institute for Health Research (NIHR), the Three Guineas Trust and the Baily Thomas Trust, among other sponsors.

The ARC was founded in 1999 and celebrated its tenth anniversary at the Royal Society.

There are no Products & Services to display

Autism and the Rubik’s Cube: creating order from chaos

The Autism Research Trust is hosting a unique discussion on Wednesday 18th June at the Cambridge Union Chamber at Cambridge University to explore how the Rubik’s Cube connects with the fields of mathematics, art and design, music, and autism.