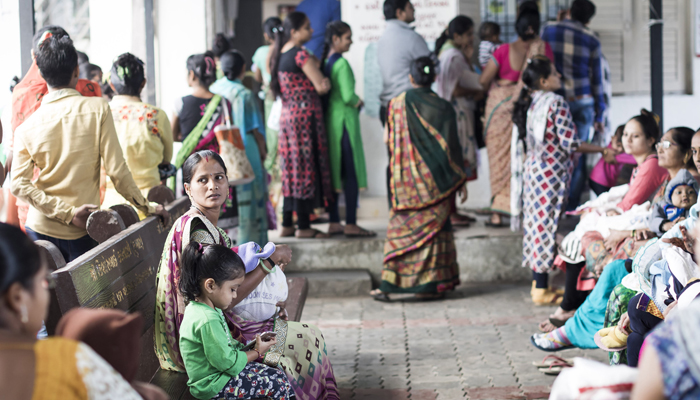 42 Technology (42T), FIND, the global alliance for diagnostics, and Rutgers University have worked together to develop an innovative stool sample processing kit that has played a central role in informing the World Health Organization’s (WHO's) recent policy update to improve the diagnosis of tuberculosis (TB) in children. Stool is now recommended as the primary sample for initial diagnostic TB tests in children up to 10 years old.

In 2020, 1.1 million children fell ill with TB out of a total of around 10 million people worldwide. Although TB is treatable and preventable, it can be difficult to diagnose and treat in children.

The sample processing kit (SPK) was developed to determine whether stool samples and an automated PCR test could be used as a viable alternative to smear microscopy and culture techniques when diagnosing children.

Three different sample processing methods have been trialled by multiple research institutions over the last three years, which has led to an analysis of the pooled data and the WHO’s recommendation that stool should now be used as the primary sample for TB diagnosis in children up to 10 years old.

The photo above shows mothers, children and babies waiting to be seen by TB medical staff outside a health centre in India (Image credit:  FIND/Ben Phillips).

“42T, Rutgers and FIND have successfully partnered to develop a simple, low-cost sample preparation kit, based on a design and process methodology first proposed by David Alland, director of the Public Health Research Institute at Rutgers University. Large-scale trials have shown the kit to be both effective and easy to use in a variety of settings. And we’re pleased that it has helped to inform the WHO in making its ground-breaking policy update on diagnosing childhood TB,” said Sarah Knight, head of healthcare technology at 42 Technology.

“Diagnosing paediatric TB is a major challenge requiring fresh thinking, because traditional samples for TB testing just aren’t accessible from young children. Stool is so easy to collect from almost anyone – so being able to use that to test for TB is a major step forward. FIND was pleased to work with 42T and other partners to help generate crucial data for the WHO review, and we warmly welcome the update to the guidelines,” said Morten Ruhwald, Head of TB at FIND.

TB is usually diagnosed using respiratory samples such as sputum, a nasal wash or sampling of stomach contents. But these are unpleasant, invasive procedures and where it is often difficult to get samples from children at all. Stool is the ideal non-invasive sample but it requires extensive pre-processing before it can be analysed using highly-sensitive PCR tests.

42T’s design and development inputs for the SPK project included: working closely with Rutgers to help test out key device functions, to design prototype moulded devices, and to transfer the final designs into volume manufacture to produce initial quantities for use in clinical trials.

42 Technology (42T) is a product development and innovation consultancy based in St. Ives, near Cambridge (UK). We're an ingenious team of engineers, scientists and designers, and very proud of our work. We solve our clients’ most complex challenges and ultimately improve the world with innovative technology.