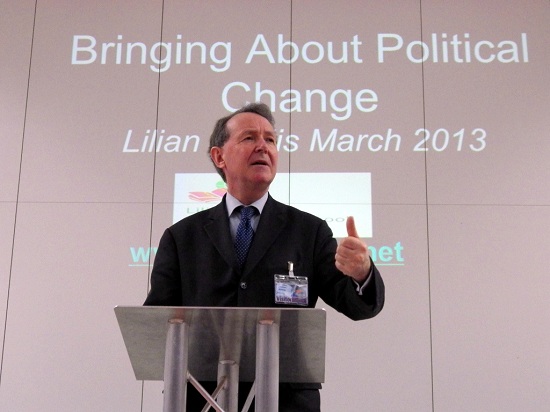 The Right Honourable Lord Alton of Liverpool has agreed to assume the position of honorary patron heading our expanding CDI Advisory Board.

Lord Alton is widely known as one of the UK's outstanding Christian parliamentarians and activists with a distinguished career stretching back to the 1970s when he became first Britain's youngest councillor and, shortly after, its youngest Member of Parliament. Lord Alton is a Professor for Citizenship at Liverpool John Moore University and has published and lectured extensively on that subject. He is passionate about fostering a generation of young people who seek service rather than power and who strive to be, in Ghandi's words, the change they want to see in the world.

Lord Alton is the chairman of the All-Parliamentary Group on North Korea and was one of the first British politicians to visit that country. His latest book, Building Bridges, argues that constructive and critical engagement can lead to a resolution of the North Korean tragedy.﻿

A new model for university-led development