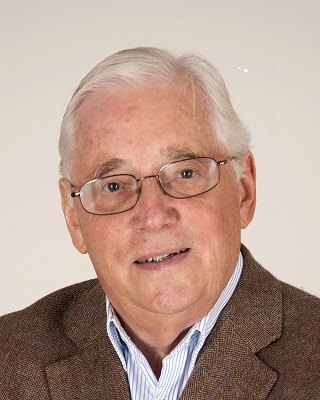 Professor Sir John Walker FRS, Director of the Medical Research Council Mitochondrial Biology Unit in Cambridge has today (Tuesday 10 July) been awarded what is believed to be the world’s oldest scientific prize, the Copley Medal, by The Royal Society. Sir John receives the medal for his ground-breaking work in understanding what powers living cells.

Professor Walker was awarded the Nobel Prize for Chemistry in 1997 for his research in understanding the mechanism underlying the synthesis of a molecule called adenosine triphosphate (ATP) in the mitochondrion – the power generators in cells. This was a landmark in molecular biology and lies at the centre of understanding the chemistry of all living cells.

Biological energy comes from the sun with light energy being harvested by photosynthesis in chloroplasts and phototropic bacteria.  This light energy is in turn stored in carbohydrates and fat and can be released by oxidative metabolism in the form of ATP molecules, which are then used as fuel for other biological processes.  In order to provide energy to sustain our lives, every day, each one of us produces a quantity of ATP by this mechanism that is approximately equal to our body weights.

Professor Walker said: “I am greatly honoured by the award of such a prestigious prize.  An accolade from fellow scientists is especially to be treasured.”

Sir Paul Nurse, President of the Royal Society, said: “I am incredibly pleased that this year the Copley Medal has been awarded to John Walker. The Copley Medal is the top prize for the Royal Society and has been awarded continuously since 1731. John’s breakthrough work on ATP synthase has been absolutely fundamental to our understanding of what powers living cells and thereby all life. Without his contributions to our knowledge of the process by which nutrition is transformed into energy many subsequent discoveries could not have been made. He is a role model to all scientists working in this area.”

The Copley medal was first awarded by the Royal Society in 1731, 170 years before the first Nobel Prize. It is awarded for outstanding achievements in scientific research and has been awarded to such eminent scientists as Charles Darwin, Benjamin Franklin, Michael Faraday, Albert Einstein and Stephen Hawking.