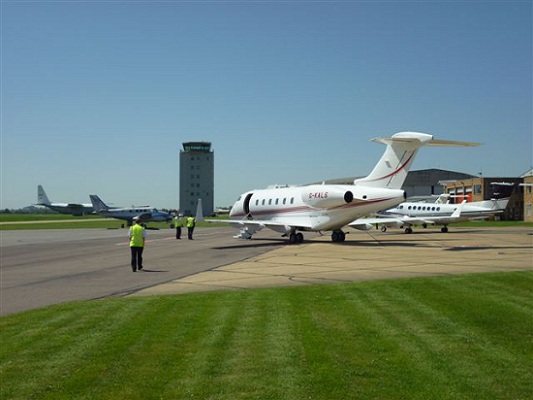 Cambridge Airport announced this morning that a total of 17 aircraft movements would take place at the airfield today – Friday 27 July – in support of the UK Olympics. A total of 211 further movements are booked for the Olympic period which ends following the Paralympic Games in August.

Terry Holloway, Deputy Chairman of Cambridge Airport, said:  ‘After a relatively slow start, as we had anticipated, bookings are now beginning to come into the Airport and our staff are handling in the region of 50 enquiries each day about use of the Airport.’

Cambridge Airport has been designated by the UK Government one of four airfields in the UK for possible 24/7 operations during the Olympics period.