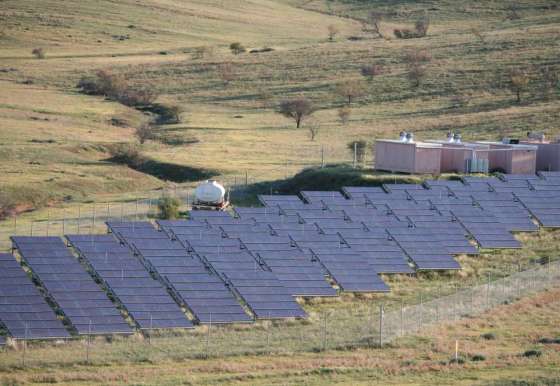 Amantys, Breathing Buildings and Enecsys, all developed from research developed at the University. All three also featured on last year’s list.

The Global Cleantech 100 list is unique in the sector because it highlights the promise of private clean technology companies from all around the world, focusing on those companies which the players in the market feel are currently the most likely to make the most significant market impact over the next 5-10 years. The list is supported in the UK by the Guardian Sustainable Business section.

“We are committed to green technology and are proud to have been included in the Cleantech 100 list, especially knowing there were over 8,000 other nominations from 85 countries,” said Shaun Fitzgerald, CEO of Breathing Buildings, which specialises in reducing energy used in heating and ventilating.

The list is derived from Cleantech Group's own data and research combined with the weighted qualitative judgments of hundreds of nominations and the viewpoints of a global panel of 75 cleantech experts. To qualify for the list, companies must be independent, for-profit, cleantech companies that are not listed on any major stock exchange.

“The Global Cleantech 100 is a natural extension of our companywide mission to help corporations, investors and financiers, professional service firms and governmental agencies connect with global cleantech innovation,” said Sheeraz Haji, Cleantech Group CEO. “This report celebrates the best in innovation and is the industry standard on gauging where cleantech innovation is headed next.”

The 8,000 companies nominated for the list were weighted and scored to create a short list of 236 companies presented to the expert panel for final input. The end result was 100 companies from 13 countries.

The 75-member expert panel is drawn principally from leading financial investors in Asia, Europe and North America, and from representatives of multi-national corporations. The composition of the expert panel is created to be broadly representative of the global cleantech community, and includes pioneers, leaders, veterans, and new entrants in cleantech resulting in a list of companies that command a broad base of respect and support from many important players within the global cleantech innovation ecosystem, not just insiders.

Amantys, the intelligent power switching company, was included in the list for the second consecutive year. Bryn Parry, CEO of Amantys comments, “For a new company to be recognised in 2011 by the Cleantech 100, we felt a real achievement for the work we had already completed. Now, in 2012, Amantys has taken the innovation a step further, delivering vital data from the heart of power switching onto the web, a tangible demonstration of machine-to-machine communication over the ‘Internet of Things’. Our inclusion for a second year is really a huge compliment, and further boosts our confidence in the strides we’ve made.”

Enecsys Limited, a premier supplier of micro inverter products for the global solar market, was included in the list for the third year running.

“It is an honour to receive this recognition from the Global Cleantech Group, particularly among this dynamic group of pioneers who share our vision of creating products that broadly promote a cleaner approach to how we leverage technology around the world,” said Mike Fister, chief executive officer at Enecsys. “Since its founding in 2003, Enecsys has designed, manufactured and sold micro inverter systems that not only optimize the performance of solar installations, but do so over the entire lifetime of the solar PV system. We will continue to do what we do best and uphold the company's vision of making solar more accessible and affordable worldwide.”