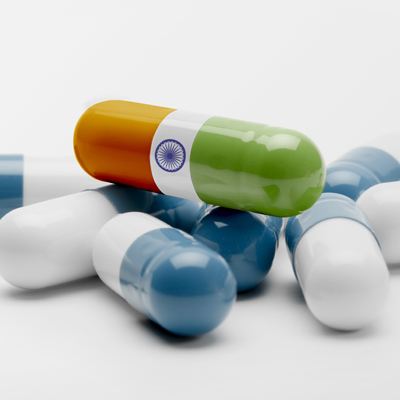 Senior delegates at the Cambridge Consultants Mumbai pharma workshop said Indian pharmaceutical companies must embrace innovation and adopt technology if they are to stay competitive.

Ranking among the top five globally by production volume, the Indian pharmaceutical market today accounts for over 10% of global drug production. It continues to be one of India’s biggest employers – with more than 340,000 Indian employees dedicated to an industry that is worth in excess of $22 billion. But senior delegates at the Cambridge Consultants Mumbai pharma workshop said Indian pharmaceutical companies must embrace innovation and adopt technology if they are to stay competitive at both a domestic and global level. In an industry that is extremely competitive – with more than 20,000 pharmaceutical companies – delegates agreed these were the two main driving forces defining the future landscape of the Indian pharmaceutical industry.

The Cambridge Consultants workshop, attended by a cross–section of senior personnel from a variety of functions within leading Indian and multinational companies, explored the question of whether India would become one of the world’s leading pharmaceutical countries by 2030. Recent reports suggest India's domestic pharmaceutical sector will grow to $55 billion by 2020. As a significant exporter of high-quality generic drugs, India is expected to see the value of its drug exports double to $25 billion by the end of 2014, according to the country’s Minister of Health.

Dr Cyrus Karkaria, president of the biotech division at Lupin Pharma India, said: “The Indian pharmaceutical market is really at a very exciting yet challenging point, where it can become an even greater contributor to the Indian economy. Indian pharma companies must remain competitive and look to innovate and adopt technologies that can complement and accelerate the uptake of drugs for better health management.”

Andrew Barrett, director of medical technology in India at Cambridge Consultants, said: “In order to drive faster growth, and capitalise on their existing success, Indian pharmaceutical companies must now aim to create true added-value offerings with ‘super-generics’, which can deliver additional benefit to patients. Innovation and technology are key, and the required investments can be recouped because medical products have long lifecycles. Technology has a great role in drug delivery to extend these lifecycles, add value and, importantly, allow product differentiation in a crowded market space.”

With worldwide engineering teams based in Cambridge, UK, and Boston in the USA, Cambridge Consultants designs and develops innovative medical devices and technologies for the world’s leading companies and for innovative start-ups. The company works with leading pharmaceutical companies to deliver market-leading inhalation and injection devices, clinical diagnostics and life science instrumentation, surgical and interventional devices, wireless medical technology and pharmaceutical business consulting.

To request a copy of the workshop report – India: Driving world pharmaceuticals by 2030? – visit www.cambridgeconsultants.com/2013-india-workshop-report