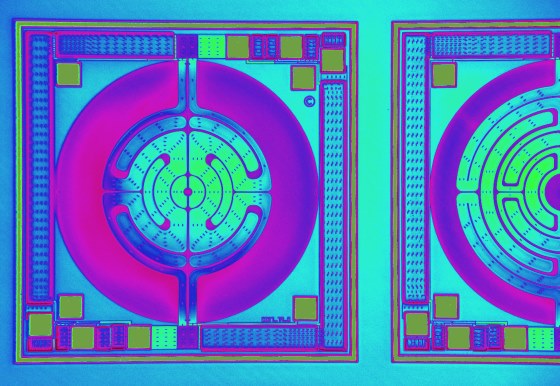 Two University of Cambridge spin-outs were among the winners at the annual Business Weekly awards, held earlier this week at Queens’ College, Cambridge.

Cambridge CMOS Sensors, founded in 2008 and based on research from the Department of Engineering, is seeing increasing sales of its gas-sensing microsystems and is on the cusp of more major contracts. Gas-sensing technology has a broad range of applications, including domestic gas detectors, industrial safety, explosive detection, medical diagnostics and environmental monitoring.

The technology allows gas sensors to be produced in higher volume and at lower cost than current state of the art products. The devices can be heated from room temperature to 700°C in a fraction of a second and have the ultra-low power consumption suitable for battery operated devices.

BlueGnome was founded by a team of scientists who developed a novel mathematical technology for the analysis of genetic data following the sequencing of the human genome.

It has seen rapid growth and adoption of its technology and become a leading provider of genetic solutions for screening chromosomal abnormalities in cytogenetics and IVF, establishing integrated solutions in reproductive health and cancer.

BlueGnome is profitable and is the second fastest growing biotech company in the UK with over 85 per cent of sales exported to major laboratories around the world – a feat which earned a Queen’s Award for Enterprise in 2012. Also in 2012, it was acquired by US-based life sciences company Illumina for $95 million.