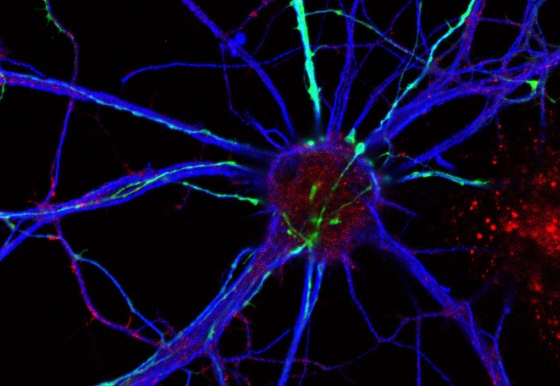 Two revolutionary treatments which could alleviate pain in people with hypersensitivity to heat, and provide a new regenerative therapy with MS sufferers, are being developed by University of Cambridge researchers at Stevenage Bioscience Catalyst (SBC), the UK’s first open innovation bioscience campus.

Cambridge generates world-leading medical research and clinical insight, and in order to develop that research to the point where it can benefit patients, we work in partnership with industry.” — Professor Sir Leszek Borysiewicz﻿

First announced in 2012, the programme gives University researchers access to the drug development expertise of GSK and other pharmaceutical companies, while giving industry access to Cambridge research and know-how, in order to accelerate the development of new medicines.

“This is a ground-breaking approach to early-stage drug discovery, which is typically enormously time-consuming and expensive,” said Professor McNaughton. “The exchange of scientific ideas and overall atmosphere of collaboration at SBC can help us as researchers, as well as our industrial colleagues, become more efficient in developing new ideas which will lead to better drugs and improved clinical treatments.”

Cambridge is the first university to establish this type of arrangement. Recently, the University, in a bid led by University College London, was awarded a share of £50 million in funding from the Higher Education Funding Council for England (HEFCE) to enable the two universities to work together at SBC, in part to establish a range of collaborative training programmes to develop the next generation of entrepreneurial researchers, particularly in drug discovery. The collaboration is directly supported by the National Institute for Health Research University College London Hospitals' Biomedical Research Centre, and will be further expanded through UCLPartners.

“Cambridge generates world-leading medical research and clinical insight, and in order to develop that research to the point where it can benefit patients, we work in partnership with industry,” said Professor Sir Leszek Borysiewicz, the University’s Vice-Chancellor. “Stevenage Bioscience Catalyst is a strong model for the future of university and industry collaboration.”

SBC brings together academia and industry with the goal of developing new innovations in the life sciences though collaboration. A key element of the open innovation environment fostered through SBC is enabling scientific exchange to flourish without the need for exclusive research collaboration agreements between partners, including GSK. The open innovation model allows Cambridge scientists to freely interact with other pharmaceutical biotech, contract research organisations, SBC tenants and academic institutions.

Other universities interested in joining this novel initiative for drug discovery and development are invited to contact Cambridge Enterprise, the University’s commercialisation arm, which is facilitating the project, or Stevenage Bioscience Catalyst. It is anticipated that between three and five University research projects will be located at SBC at any one time.

Reproduced courtesy of the University of Cambridge﻿