BBC laughs with the Dalai Lama 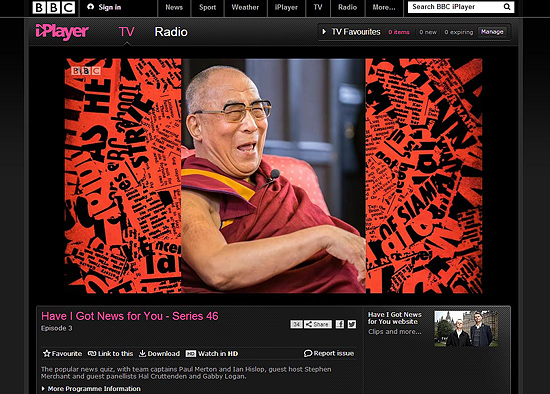 Media Imaging Solutions supplies photo to the TV show Have I Got News For You.

I sometimes do press work through an agency called London News Pictures, which is a handy way to acquire press accreditation for jobs and for syndicating my images to lots of media buyers - including the BBC.

I was watching 'Have I Got News For You' on BBC 1, and what a surprise when a photo I took of the Dalai Lama popped up on the screen.

This was from a press conference I attended in April while His Holiness was visiting Cambridge. It was great to see one my favourite photos of the year being used on national television﻿.