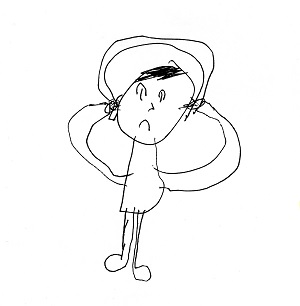 Next week (February 3rd to 7th) is Tinnitus Awareness Week. Read about how children in the region suffering from the condition are being helped by Consultant Audiologist Dr David Baguley and his team at Addenbrooke’s Hospital in Cambridge.

Eleven year old Leo Bamford from Luton has suffered from tinnitus for as long as he can remember.  Before treatment he struggled to have a full night’s sleep and his school work was beginning to suffer because he found it so difficult to concentrate in class.  But he is now able to lead more of a normal life, thanks to the expertise of Dr Baguley and his team.

Tinnitus is the sensation of a sound in the ear with no external source, often a hissing, whooshing or ringing noise. It’s not common in children, but experts are reporting a steady increase in the number of children with the illness coming forward.

Leo’s Mum Antonella Bamford said: “When he was little Leo was very sensitive to loud or unusual noises, would wake frequently, crying in the night and he used to hold a pillow to his ear (illustrated in the attached self portrait). At first we thought it was an ear infection or something he’d eventually grow out of. But it just seemed to get worse as he got older.”

After a GP referral to the Departments of Otolaryngology and Audiology at Addenbrooke’s Hospital in Cambridge, Leo met Dr David Baguley who assessed his condition. Part of the treatment is for Leo to use a sound box to help him sleep at night.  Antonella said: “We are now making tremendous steps forward all the time. The birdsong on the sound box is very high pitched and Leo has learned to focus on this so he is able to stay asleep. After using it, he was able to sleep through the night for the first time in 11 years.”

Leo has also been taught techniques to help manage the condition, like focusing on a particular sound so that his brain learns to ignore the tinnitus. “If I really concentrate on the teacher’s voice in class now, I can almost block out the sound” he said. It means his school work has started to improve.

It’s still not known what causes tinnitus. There are some contributing factors like ageing, earwax, respiratory and ear infections, exposure to loud noise and high blood pressure. But the underlying cause is often unknown.  Dr Baguley said “A third of people I see have some hearing loss and tinnitus is strongly associated with that. In another third of cases, the tinnitus appears to have started at a time of great stress, bereavement, redundancy, illness, or some other major life event. In another third we don't know the specific cause.”

Until a cure is discovered the best patients can hope for is to learn to live with tinnitus and to slowly manage the condition. But for Leo and his mum, that’s already more than they could have hoped for. “Perhaps because of his condition and what he’s had to deal with, Leo is quite a shy boy. But during his visits to Addenbrooke’s he’s really started to open up. Dr Baguley treats him with respect and asks for Leo’s view when deciding on treatment. He has given him the confidence to learn to cope on his own.”

Image: Leo’s sketch of what his tinnitus felt like when he was first diagnosed.

Notes
•    Tinnitus Awareness Week is run by the British Tinnitus Association. It aims to bring the condition of noises heard in the head and/or ears to the attention of thousands across the UK. Affecting at least one in 10 of the UK population, a massive 6.3 million, tinnitus is the unseen condition which can cause distress to individuals of any age. Tinnitus can be mild to severe and can affect sleep and concentration. It can also lead to anxiety and depression and at this time there is currently no cure. For more information see www.tinnitus.org.uk.

Dr David Baguley is a Consultant Audiologist at Addenbrooke’s Hospital in Cambridge. David studied Psychology and then Audiology at Manchester University and became the Director of the Audiology Department at Addenbrooke’s Hospital in 1989, within the Departments of Audiology and Otolaryngolgy. David has  served Professional Advisor to the British Tinnitus Association and to the Royal National Institute for the Deaf Tinnitus Helpline. He is Visiting Professor at Anglia Ruskin University.