CEDAR Audio in use at Sochi 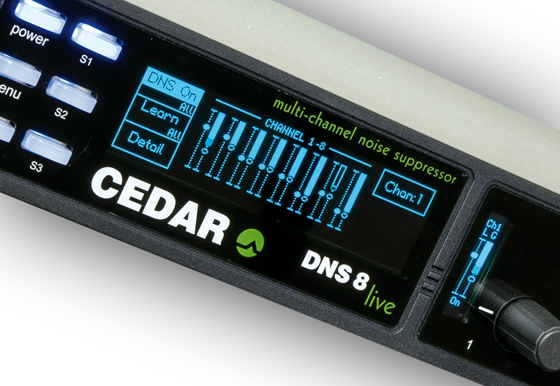 The noise reduction technology developed by University of Cambridge spin-out CEDAR Audio is being used by US broadcaster NBC at the Sochi 2014 Winter Olympics.

The broadcaster will be using CEDAR’s DNS 8 Live dialogue noise suppressors throughout the games.

Responsible for providing the audio and video feeds for NBC Universal (including the NBC broadcast network, Spanish language network Telemundo, and many of the company's cable networks) NBC Olympics has installed the units in the International Broadcast Centre.

Dennis Gaines from CEDAR Audio USA is now working in Sochi with NBCOlympics to install and test the broadcast systems. On Monday, he wrote, “[Today] was the first time the engineers got to use the DNS 8 Live in a real situation. They have it inserted on a buss and in continuous learn mode. The engineers were floored! It removed the noise, reduced echo in the room and allowed them to get 3-4 more dB before feedback... they were fully convinced.”

With more than 1,500 hours of broadcasts spread across NBC, NBCSN, CNBC, MSNBC, the USA Network and NBCOlympics.com, the Sochi Olympics (running until 24 February) will receive the greatest amount of US coverage in Winter Games history, much of which will benefit from CEDAR's noise suppression technology.

“Since releasing the DNS1000 in 2000, CEDAR has boasted a proud history of use at Winter Olympics, Summer Olympics, FIFA World Cups and events such as the Superbowl in the USA,” said Clive Osborn, CEDAR's Sales Director.

“We have removed crowd noise, equipment noise, studio noise, and even vuvuzelas to help ensure the highest quality broadcasts from all of these events. NBCOlympics first purchased several DNS1000s from us in 2003 for the 2004 Summer Olympics in Athens, and we are delighted that they have now added these DNS 8 Lives to their arsenal in 2014.”

The DNS 8 Live dialogue noise suppressor was designed specifically for live sound and broadcast. It offers eight independent channels of noise suppression using a new algorithm that makes it the most flexible DNS ever built. It offers a standard 4-pin 12VDC input for use where mains power is unavailable or unreliable, and a web-based remote control interface for standard browsers running on laptops, iPads and other devices.