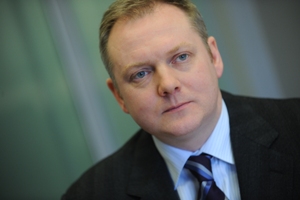 Longstanding Cambridge Network Director David Halstead, who leads Deloitte's UK based technology practice, is Sponsoring Partner of the Deloitte Fast50, so he has a unique perspective on hi-tech business. He gives his views on the outlook for the Cambridge cluster - and what it needs to do to move forward and thrive.

It might be that the economic downturn has brought a necessary reality check for the Cambridge hi-tech scene.

There’s no doubt that the Cambridge hi-tech cluster, here as everywhere else, was hit hard by the global recession. Some companies have been well placed to weather the storm, in particular larger and more established businesses which already had mature technologies and market presence. But the fast-growing start-up scene has shrunk considerably as the availability of finance contracted.

Nevertheless, when I talk to people in the field, they are more optimistic than I’ve seen them in a number of years. Basically it’s because they can see the light at the end of the tunnel with regards to the economic downturn.

I’m the Sponsoring Partner of the Deloitte Fast50, which provides perspectives on Britain’s fastest-growing technology companies. That means I talk to a diverse range of technology companies in different fields right across the country and the general impression I get is that there is more talk of IPOs and a greater interest in investment from venture capital and private equity firms than for a long time. In 2013, the Cambridge cluster was represented in the Fast50 by internet company AlertMe and Horizon Discovery, a biotech based on Cambridge Science Park.

In fact, it might be that the economic downturn has brought a necessary reality check for the Cambridge hi-tech scene. Many companies have had to cut costs and downsize, forcing them to focus on what they’re good at and where their markets really are. Because there are so many fascinating and good ideas that come out of Cambridge, I think in the past some companies have been guilty of working on what was exciting, rather than what was actually marketable. Great science and technology is of course interesting, but if you are a commercial company, selling products has got to be more interesting.

As we come to the end of the more difficult economic times, I think it’s going to be a really exciting time for the Cambridge cluster. It still has all its key strengths, which include the University as a centre of excellence, its global reputation, the many existing companies which have developed here, and of course a highly talented and skilled workforce.

The sector has learnt a lot from the economic downturn, but there are still many challenges ahead. I think it’s fundamental that Cambridge hi-tech companies, particularly new start-ups and smaller businesses, absolutely focus on the markets right from the earliest stages of their development. That means not expending resources on things that won’t work or sell – as far as can be determined – and not trying to do too much, too soon, with too little. The clearer focus on the markets is something that is very much in evidence when you look at US hi-tech start-ups.

The type of funding companies secure is also very important. Very often, risk-averse investors will drip-feed investment into a company over a number of years. This might be understandable from an investor’s point of view but for a new company, it means it is constantly in the process of fundraising rather than concentrating on developing and selling its technology. If companies could work harder to secure more funding at the beginning, it should be better for all parties concerned.

Cambridge has so much going for it and of course as a brand it is known around the world. However, apart from a handful of companies, very few of its hi-tech businesses are recognised globally. What’s more, it’s going to face increasing competition from other parts of the UK and in particular London, which dominated the Deloitte Fast50 2013. While the diversity and innovation of the technologies coming out of London may not compete with Cambridge, it has such a strong infrastructure in terms of corporate finance, executive personnel, and PR and marketing, that its companies perform strongly in these competitive markets.

That said, the Cambridge cluster has all the pieces in place to move forward and thrive – if it develops and maintains an unrelenting focus on the market. I’m looking forward to being involved with it for many years to come.

David Halstead leads Deloitte’s UK based technology practice. Graduating with a Chemistry degree from Manchester University, David has spent over 20 years based in Cambridge and in 2013 he relocated to the St Albans office to lead the corporate practice. David is a member of Deloitte’s national Technology, Media & Telecommunications executive group and Deloitte EMEA Fast500 initiative lead. David is a board member and audit committee chair for the Cambridge Network and his experience covers audit, due diligence, public offerings and fundraising.

This article first appeared in the Cambridge Science Park newsletter Catalyst,﻿ and it is reproduced with kind permission from the publishers Bidwells.