Falling oil prices will provide a ‘shot in the spending arm’ for UK consumers, says EY 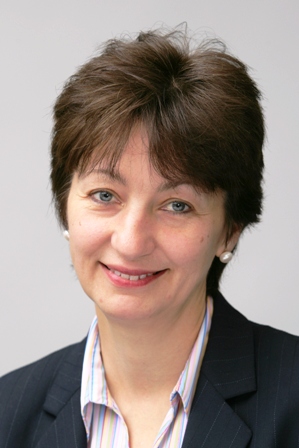 “Although lower fuel prices won’t be good news for everyone – for many consumer facing companies, original business forecasts for 2015 might now be too conservative," says Cathy Taylor, EY’s senior partner in Cambridge. "Businesses now need to dust off these plans and adjust them to reflect the new reality of falling oil prices and growing consumer spending.”

The UK consumer economy is emerging as a clear winner from the collapse in oil prices, according to the latest quarterly forecast from the EY ITEM Club.

The falling prices of oil and other commodity prices will provide a ‘shot in the spending arm’ for the UK consumers who are set to benefit from a substantial boost to their spending power, according to the report. Lower oil prices mean that inflation will average around zero in 2015, and turn negative in the early months of the year, helping to stay the hand of the MPC on interest rates. At the same time the UK’s key trading markets in America and Europe stand to benefit from lower commodity and energy prices, helping to offset the effects of weak global demand on UK exports.

Silver lining in the storm clouds turns gold
Peter Spencer, chief economic advisor to the EY ITEM Club comments: “Not every economy will be a winner from oil prices collapsing, but the UK certainly is. We have described the previous weakness of commodity prices as a silver lining in the storm clouds gathering over the world economy. But with oil prices now down over 50% since last June, this silver lining has turned to gold. While it is not a game changer in terms of growth prospects, falling oil prices come just as the recovery was losing momentum and will move the game up to a higher level for a year or two.”

Cathy Taylor, EY’s senior partner in Cambridge adds: “Although lower fuel prices won’t be good news for everyone – for many consumer facing companies, original business forecasts for 2015 might now be too conservative. Businesses now need to dust off these plans and adjust them to reflect the new reality of falling oil prices and growing consumer spending. At the same time, risks remain and should not be neglected. Possible shocks from developments in the Eurozone, the UK General Election and business specific risks such as changes in China - if this is a major destination for sales - must be taken into account when testing these plans.”

UK consumer gets a ‘shot in the arm’
It is increases in consumer spending that will drive growth in 2015, according to the EY ITEM Club. Low inflation combined with cheaper commodity prices, as a result of falling food, fuel and energy costs, will give consumers a real ‘shot in the arm’.

The EY ITEM Club is expecting income from wages and salaries to increase by 3.5% in 2015 and real disposable incomes by 3.7%.The forecast sees real household consumption increasing by 2.9% this year and 2.6% in 2016.

Spencer adds: "The UK consumer has been lashed by rising fuel and food prices for so long, but is now the major beneficiary as these pull back. So far, the recovery in our incomes has been driven by larger numbers entering work while earnings have been falling. But, now individuals can look forward to a substantial increase in real earnings.”

MPC faced with an inflationary paradox
A combination of tumbling oil prices and reduced production costs will see inflation turning negative in the first half of 2015 and staying below 1% over the rest of the year. The EY ITEM Club expects inflation to average 1.5% in 2016, before reaching the 2% target in 2017.

These developments should persuade the MPC to err on the side of caution, according to the forecast, and keep interest rates on hold until Q1 2016. The EY ITEM Club predicts that interest rates will end 2016 at 1.5% and 2017 at 2.5%.

Spencer continues: “The monetary policy outlook remains uncertain. On the one hand, a pickup in earnings and further falls in unemployment would appear to fulfill the criteria for starting to raise interest rates. But, with the Governor writing a series of letters to the Chancellor explaining the low rate of inflation, it will be virtually impossible for the MPC to agree an increase in interest rates. As it stands, we expect the first increase in base rates next spring followed by a gradual rise of a quarter point every three months.”

Low interest rates boost housing transactions
The EY ITEM Club’s forecast expects annual house inflation to ease from 10% in 2014 to 7.1% in 2015. As expectations of house price rises soften, supply should be boosted as sellers who were previously holding back for a higher price bring homes on to the market, the report says. Moreover, a recovery in real earnings and the diminishing prospect of an increase in interest rates should reassure those thinking of taking out a mortgage and lead to a pickup in housing transactions.

Spencer comments: “The slowdown in the mortgage and housing markets last year was partly due to expectations of rising interest rates, which are now less of an immediate threat. Real incomes are a major driver for the housing market and as they increase we should see renewed momentum this year. The removal of the ‘slab’ effect on stamp duty is also likely to be supportive, particularly for transactions, while scrapping the annuity requirement for defined contribution pension schemes will free up funds for retirees to invest in the market.”

Risks remain
Concluding, Spencer says that looking ahead prospects for the UK economy are certainly a lot brighter than they were three months ago, but warns that it’s not all good news: “The global economy has slowed in recent months and question marks remain over the Eurozone, reinforced by worries over the Greek election. We are relying upon overseas investors to finance our huge government and balance of payments deficits in the face of uncertainty about the upcoming general election, followed by a possible a referendum on the UK’s membership of the EU. Falling oil prices provide a nice offset to the weakness of exports, but will extend our dependence upon the home market and leave the economy seriously unbalanced.”