EY comments on the Budget 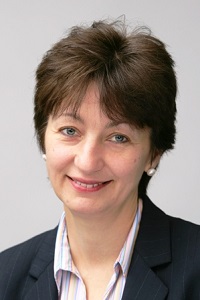 Cathy Taylor, tax partner at EY in Cambridge, says a clear message from the Chancellor in today's Budget was "Don’t panic!"

“Today’s Budget covered 43 measures, of which 16 were tax reforming and 10 were on fairness, evasion and avoidance.  But the ongoing message was “Don’t panic!” and to stick with the current plan.  In aggregate, the Chancellor’s Budget was “mostly harmless” other than for banks, who once again bore the brunt of the revenue raising.  The net impact of the whole budget was a £140m cut, neutral in the scheme of things.

“As this was his last Budget of this parliament, his last line could have been “so long and thanks for all the … votes.”

A Budget for business – maybe for oil, definitely not for banks, and we’ll have to wait for the rest?

“Today’s Budget confirmed that we will have a Diverted Profits Tax by 1 April. The uncertainty over DPT has been a dampener on the enthusiasm for businesses to invest in the UK since it was announced at the end of last year.  We will have to wait until next Tuesday for the Finance Bill, to see the full context.  Whatever the detail it will be better for us to know, uncertainty is bad for the UK.

“On the wider investment aspect, the Budget was neutral overall, spending only £140m over the five years.  With 26 measures on tax, of which 10 were badged “fairness, evasion and avoidance”, there was precious little gimmicks for business, which will need to be satisfied with the one percentage point cut in corporation tax. However, given that the rates cut was listed in the EY Budget Survey as the principal reason for the UK’s recent increase in competitiveness, perhaps this is not too bad an outcome.”

It’s a tax return, Jim, but not as we know it – comment on the introduction of new digital tax accounts:

“The Chancellor is trying to take the ‘self’ out of self-assessment by announcing the abolition of tax returns and the introduction of new digital tax accounts.

“A road map setting out the administrative changes is promised and we have to see what direction that will take.  There is a danger that if these changes are introduced at ‘warp speed’, without time for proper consultation, there could be a crash landing.

“The pre-population of tax returns for 12 million taxpayers may save a few clicks on the keyboard but taxpayers will still need to ensure that the numbers they file are correct. For many, the tax return will still remain an annual chore.”

“The Chancellor has only tinkered at the edges: Entrepreneurs Relief remains a powerful help to genuine entrepreneurs.

“Entrepreneurs relief is, broadly, available to those who own more than 5% of the shares in a trading company by which they are employed, subject to a lifetime limit of £10 million.  Capital gains which qualify for the relief are taxed at the lower rate of 10%, rather than the 28% rate for higher rate taxpayers.

“The Chancellor has introduced anti-avoidance provisions to prevent some individuals from short-circuiting the 5% rule.”

Investment of £40 million to develop ‘Internet of Things’ technologies

“The investment by the UK government into continued research in this space is a welcomed announcement. However, the Chancellor needs to remember both the risk and opportunities for the UK of the Internet of Things (IoT).

“The interconnectivity of people, devices and organisations in today’s digital world opens up many exiting new opportunities and the ability to create efficiencies across key areas such as health and social care. However, there remains a whole new playing field of vulnerabilities as traditional organisational perimeters erode and existing security defences come under increasing pressure, requiring a rethink in how organisations approach cybersecurity.  Therefore it is imperative that the funding allocated by the government not only supports the opportunities posed by the IoT but addressed the inevitable risks it also brings.”

“By extending, amending and creating new enterprise zones across the UK, and funding key emerging industries in the regions, the Chancellor has acknowledged the importance of helping entrepreneurial, high growth firms shape the future of regional growth and the wider UK economy.

“By encouraging hubs of excellence in specific industries and segments, the UK could help to create the next wave of globally competitive companies, as well as attract vital jobs and wealth to the East of England and other UK regions via inward investment to help rebalance the economy.”

“Rather than picking industry winners, the Chancellor has taken a ‘scattergun’ approach to supporting UK business. From the investment in the new Energy Research Accelerator and the Croxley rail link, to the expanded support for postgraduate research and plans to extend the Oxford Science Vale Enterprise Zone.

“As we demonstrated in our Reshoring report, the UK has a once in a generation opportunity to grow its manufacturing base. Changes in global economic conditions, corporate strategies and consumer tastes have put future manufacturing investment in play. The UK will not regain the 700,000 plus jobs it offshored between 1995 and 2011, but a sector focussed strategy could capture 300,000 jobs over the next decade.

“Our analysis suggests that sectors such as Life Sciences, Chemicals, Advanced Engineering, Aerospace and Automotive offer real opportunities for the UK. However, success requires a joined up long-term plan over two Parliaments with investment in skills, changes to tax, and investment in infrastructure all required.

“The plans announced today address several of the sectors identified but not on the scale required to drive real growth as the OBR's forecasts appear to confirm. In 2019, there is a planned increase in Government investment of £5 billion but this is too little too late: the opportunity is large scale and immediate, and the UK risks missing out.”