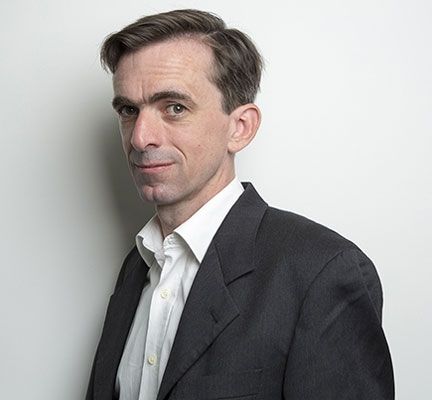 Many programmers recognise Don Syme's name, but even more are influenced daily by his research and development. After all, Syme, a principal researcher in Microsoft's Cambridge lab, has helped to develop and influence features of popular computer languages used by millions of programmers, C# in particular.

And soon Syme (@dsyme) will get a new form of recognition: This month the Royal Academy of Engineering named Syme one of three winners of the prestigious Silver Medal for 2015.

"I'm very happy for the lab and for Microsoft," Syme said, "and that the Royal Academy of Engineering gave the award in the area of computer science made me particularly happy."

Syme is best known for introducing the feature known as ".NET Generics," which was released in 2005 in C# 2.0. Generics allows programming code to be more easily reused, which in turn makes programming more productive, faster and easier than previous efforts, maintaining dynamism, safety, performance and correctness.

Additionally, its successful mainstream implementation has given C# a nearly 20-year technical advantage over competing programming languages, such as Java, Syme said.

You don't have to be a computer scientist to enjoy the benefits of improvements in programming languages. Through the applications made with Microsoft's range of programming tools, Syme's contributions have reached billions of users who make or run software on Windows operating systems worldwide. The designs also have been implemented for the Android, iOS, Xbox and PlayStation platforms.

Syme also designed the open-source, cross-platform F# programming language, with the aim of allowing anyone to write "simple code to solve complex problems." Backed by Microsoft and an active community, F# supports succinct and efficient coding and is applicable to a broad range of industry problems.

A highly regarded productivity language in its own right, F#'s features have influenced C# and other languages. For example, the "async" feature of C# 5.0 was influenced heavily by F# and is now used by hundreds of thousands of C# programmers across multiple platforms.

Looking ahead, the ever-growing importance of big data and cloud computing means it's no surprise that Syme's current focus lies there.

"F# brings a range of improvements to cloud computing, with constructs particularly suitable to scaling and information integration", he said.

He's not alone in this effort. Syme credits the open-source community for major contributions to F#, especially version 4.0, which is nearly ready for its official release.

In general, he said, he's grateful to the community of peers and colleagues he's worked with over the years.

Syme also credits Microsoft "for giving me the opportunity and stability to work in programming languages over the last 15 years."

"It's not about making a big impact in one year. It's about the opportunity to make an impact over 20 years," he said.

The Royal Academy of Engineering promotes the engineering and technological welfare of the United Kingdom and established the Silver Medal in 1994. It's awarded for outstanding personal contribution to engineering.