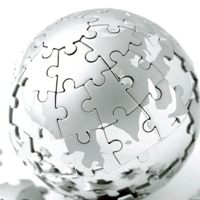 The number of Intellectual Property transactions completed by Cambridge Enterprise continued to rise in 2009, along with a 39 per cent increase in the number of consultancy agreements negotiated on behalf of the University’s academics.

Cambridge Enterprise currently holds equity in 72 companies on behalf of the University, and 2009 was a highly successful year for many of those in the portfolio with 22 of the companies raising more than £62 million pounds in follow-on funding.

For, example, Enecsys, secured $10 million in funding toward developing a micro-inverter for photo photovoltaic panels with plans to revolutionise the solar industry by enabling higher performance and lower cost 'plug and play' solar power systems.

Psynova Neurotech, which was founded in 2005 by Sabine Bahn of the Department of Chemical Engineering and Biotechnology, specialises in biomarkers to diagnose and monitor diseases such as schizophrenia and bipolar disease. In 2009 they entered a collaboration with Rules Based Medicine to provide a route to market for their first product.

"We are very fortunate at Cambridge to have a flexible IP policy that respects the interests of our academics," said Teri Willey, Chief Executive of Cambridge Enterprise. "We remain committed to working closely with our academics in finding the best industrial partners and investors to assist in the commercialisation of the transformative research which originates from the University."

Cambridge Enterprise also manages three evergreen funds on behalf of the University. The Discovery Fund, which is the newest of the three and part of the University's 800th Anniversary Campaign, made its first investment this year in PneumaCare Ltd, which has developed a next generation non-invasive lung function monitor, a version of which is currently being trialled with the Ministry of Defence for use in combat situations.

This Annual Review marks two full financial years for Cambridge Enterprise operating as a wholly owned affiliate of the University. During this time, 400 new knowledge and technology transfer transactions were completed, bringing the portfolio to more than 700 active equity, consultancy and licence agreements under management.

Income over the two years exceeded £18 million, of which almost £14 million was distributed to University academics and departments, with the remainder reinvested in patent assets, seed fund pools and support for knowledge and technology transfer services to the University.