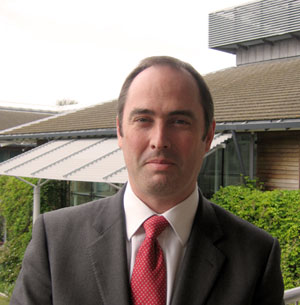 Simon Edwards adds a new dimension to Tonejet’s business because he has worked in a variety of leading technology businesses including; being Vice President of Research, Technology and New Products at SOLA International, previously one of the world’s largest spectacle lens makers, Technical Director of Research Laboratories of Australia and more recently Edwards was selected as one of the IAM 250 – the World’s Leading IP Strategists, identifying individuals with world-class skills related to the development and implementation of strategies to boost the value of intellectual property for its owners.

Ray Southam, CEO of Tonejet, says, “What we expect to achieve with Simon’s help is greater business traction. We’ve proven our technology works now and, by applying full time sales effort to the quality of relationships we’ve already established, I expect Tonejet to elevate its offering well beyond the can-printing offering we are becoming recognised for.”

During the last 12 months Tonejet has refined its print-engine technology to make it smaller and easier to manufacture, this helps broaden potential deployments by adding greater flexibility of application.

Simon Edwards says, “I have been involved in digital printing since the late 90s and was involved in Tonejet during its early conception. Tonejet is truly a disruptive technology and will play a significant role in revolutionising the printing industry and I am excited to be part of the team that will make this happen. I have been directly involved in working with the Tonejet team over the past 9 months, so I have seen it from the inside and am certain I can make a significant contribution to the future growth of the business.”

Simon holds an Honours Degree in Applied Physics and Mathematics from The University of Adelaide and is a Fellow of the Australian Institute of Management. His 20 years of experience in technology commercialisation spans Australia, US, Europe and Japan all of which are target markets for Tonejet. He has a wide range of science-based skills including physics, chemistry, engineering, mathematics and computer technologies, and holds 49 granted international patents.

TJL owns, develops, supplies and licenses Tonejet Technology, a powerful new digital printing process targeted at commercial and industrial applications, primarily package decoration. TJL works closely with industry leaders in the key target sectors in order to commercialise its technology and bring the benefits of digital printing to the high volume, multi-billion dollar markets where cost, reliability and throughput are critical factors. The company is part of the TTP Group, Europe’s leading independent product and technology development and licensing organisation. It is headquartered in Melbourn, near Cambridge, UK.