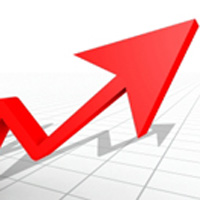 Defying the economic downturn and scarcity of funding available for early stage high-tech companies, Cambridge Enterprise has seen more than £30 million invested into 13 of its portfolio companies over the last ten months.

During May for example, £5.1 million was invested into Metalysis Limited to further develop its environmentally friendly way to produce tantalum and titanium alloys. The company currently employs over 40 people and the new funds will mainly be used to support the scale-up of a novel semi-continuous pilot plant.

Lord Sainsbury, who recently launched NESTA's report on The Connected University, Driving Recovery and Growth in the UK Economy, said: "I am delighted to hear this very encouraging news about funding raised by spin-outs from the University of Cambridge.

"We now have many high-tech clusters around our top research universities, and this demonstrates the important role that long term publicly funded research plays in creating companies that will produce new jobs and industries we need in the future."

Cambridge Enterprise Chief Executive Teri Willey said: "Funders are still supporting good innovation with the potential for a return on their investment as well as the development of a sustainable company employing highly qualified staff.

"Our newly launched Discovery Fund is established to keep this funding momentum for the earliest pre seed investment to support the next generation of companies emerging out of the University".

As well as receiving upfront funding of $37 million as part of its most recent partnering deal with Janssen Pharmaceutical, earlier this year, Astex Therapeutics received an award of up to £2 million from the Wellcome Trust.

The Wellcome Trust made the award under its "Seeding Drug Discovery" initiative to support Astex's pioneering work in the area of infectious disease caused by Hepatitis C Virus (HCV).

Their work was supported by a further award of $1 million from the Multiple Myeloma Research Foundation to fund a Phase II clinical Study of its CDK inhibitor, AT7519, in patients with Multiple Myeloma.