EY Charity Quiz in Cambridge raises £50k over a decade 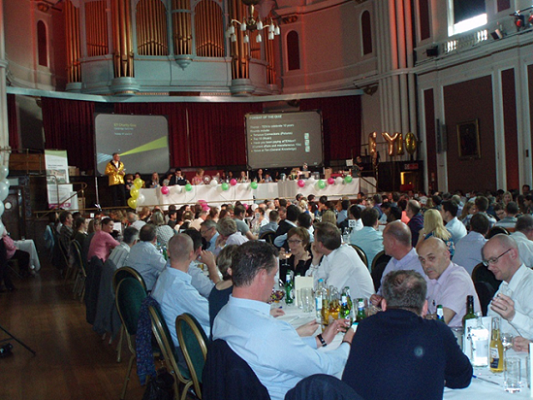 This year marks the tenth anniversary of the EY Charity Quiz, which has raised over £50,000 for Cancer Research and Arthur Rank Hospice and is supported by local businesses in Cambridge.

A total of 32 teams from local businesses in Cambridge went head-to-head at this year’s EY Charity Quiz last month, with £12,000 raised for charity on the night.

This year’s winning team from EY Audit managed to knock Napp Pharmaceuticals off the top spot after their three-year winning streak at the annual quiz.

The winning team received the Alan Murray Shield, which is presented to the winners each year in memory of Alan Murray who worked for EY and sadly passed away nine years ago after battling cancer.

With this year marking a decade of the EY Charity Quiz in Cambridge, the £50,000 raised over the past ten years has been shared equally between Cancer Research and Arthur Rank Hospice.

Ian Strachan, Executive Director at EY in Cambridge, said: “Once again this was a fantastic evening, with more than 300 people taking part in this year’s quiz, which resulted in thousands of pounds being raised for charity. Thanks to everyone who has been involved in EY’s Charity Quiz over the past ten years and to all of the local companies who take part and donate prizes to the raffle.”