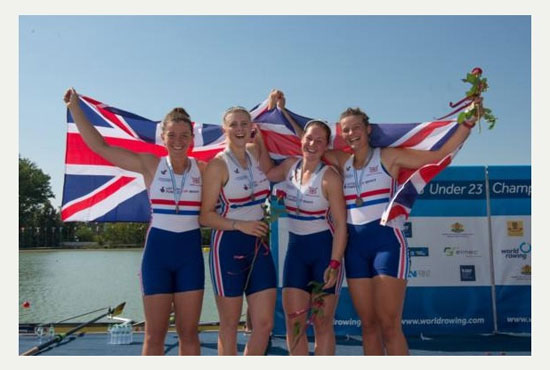 Cambridge University's Holly Hill and Melissa Wilson were part of the Great Britain women's four crew who won bronze at the World Under-23 Championships.

The duo, who both competed in the Women's Boat Race, joined Emily Ford and Sam Courty to claim GB's first medal

in Plovdiv, Bulgaria on Saturday.

The British crew took the race by the scruff of the neck and matched the United States stroke for stroke for the first 600m.

The US, looking to defend the title won 12 months ago in Varese, edged ahead and a big push from the Canadians took them into second place.