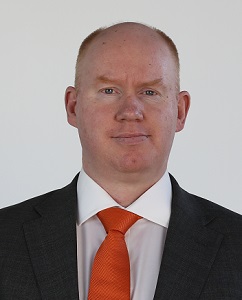 Record investment levels by firms mean that the UK economy will avoid the threat of secular stagnation. This defies warnings from some leading economists that a lack of appetite to spend among companies in advanced economies will lead to persistently slow GDP growth, according to EY ITEM Club’s special report on business investment released today.

Following a sharp decline of almost 20% during the financial crisis, business investment in the UK has performed relatively strongly since the economy emerged from recession at the end of 2009. Since 2010, investment by UK firms has more than made up for the ground lost in the recession, reaching 11% of GDP in Q2 2015, the highest level since the end of 2000.

Looking ahead the EY ITEM Club forecasts investment by firms to rise by an average of 6.4% a year from 2015 to 2019, when it is expected to reach a record high of 12.9% of GDP. Cuts in corporation tax, low borrowing costs, increasing availability of finance, healthy corporate balance sheets, more expensive workers and last but not least, cheaper energy are all expected to contribute to this rise.

Martin Beck, senior economic advisor to the EY ITEM Club, comments: “Contrary to the fears of some economists that the global economy is heading towards secular stagnation, we are confident that the UK will avoid this threat. UK business investment has performed impressively in recent years, substantially outgrowing other components of GDP since 2010.

“And there are strong reasons to be optimistic about prospects for investment over the next few years. A continued appetite among firms to invest will be good news for productivity growth, and will ensure that the expansion of the UK’s economy is sustainable.”

In addition, the EY ITEM Club report says that since 2008, the price of capital relative to labour has moved heavily in favour of the latter, reflecting historically weak pay growth. But the ongoing recovery in pay combined with the introduction of the ‘living wage’ next year should spur firms to invest more in labour-saving technology and improving efficiency.

Stuart Wilkinson, EY partner in Cambridge (pictured) adds: “Changes in work practices, such as the rise of self-employment and home working, mean that the already strong headline figures probably understate the true levels of business investment. With around 15% of the workforce now working for themselves, a lot of items bought for personal use, such as laptops and smartphones, are also used for business purposes. In the national accounts, this will boost retail sales but not investment, even though the purpose of this spending may be as much for production as consumption.”

Outlook for business investment is not uniformly bright

Despite plenty of reasons to think that business investment is set to continue to make a substantial contribution to UK growth, the EY ITEM Club says that these positive forces will have to battle potential headwinds.

Wilkinson adds: “Headwinds that we face in the East of England include the skill shortages in certain sectors and infrastructure restrictions such as transport and broadband connectivity.”

The shrinking North Sea sector is one likely drag on investment growth. With the extraction sector representing 7% of total business investment, the EY ITEM Club concludes that a drop in investment by oil and gas companies will have a disproportionate effect on capital spending by firms. In addition, companies will be under pressure to use some of the extra cash on their balance sheets to service hefty corporate pension deficits, diverting resources away from investment as a result. Finally, uncertainty over the outcome of the referendum on the UK’s membership of the EU may affect investment levels in those sectors exposed to exporting to the EU.

Martin Beck concludes: “Overall, the balance of forces working for and against continued strong growth in business investment are erring towards the former. Business investment should continue to rise well in excess of overall GDP growth, implying that secular stagnation is an affliction that the UK should happily avoid.”