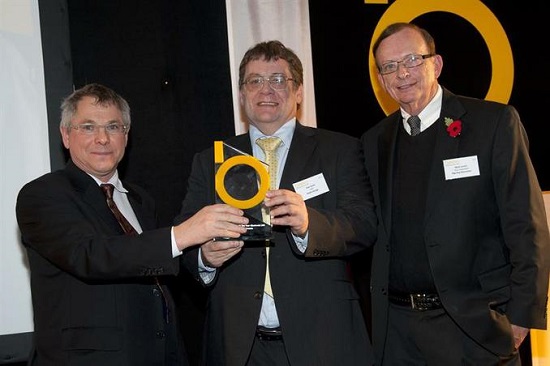 Argon Design is delighted to have enjoyed the recent British Engineering Excellence Awards (BEEA) event and returned with the award for Best Electronic New Product of the Year for Argon Streams.

Argon Streams provides an innovative verification solution for companies designing decoders for the new high compression video standards HEVC (also known as H.265) and VP9 (developed by Google for applications such as YouTube).

As we generate and consume ever increasing volumes of video content at ever higher resolutions, video compression standards have become increasingly important. The mission for both HEVC and VP9 is to provide much higher rates of compression than previous codecs, so that existing transmission paths such as TV broadcast, internet broadband and DVDs could provide higher resolution 4K video. This means that they have to be more complex in the encode process, with many more optional tools being used to encode special cases in the input video. This massive increase in complexity and different coding options means that the corresponding bit-streams are equally complex. For decoder designers, the challenge is to be absolutely sure that your decoder can correctly decode every one of these legal but complex and variable bit-streams without error.

Alan Scott, CEO of Argon Design explains: “Argon Streams contains several innovative ideas that combine to produce a set of bit-streams that actually prevents any errors or differences between the specification and the reference code, and forces the decoder to be 100% tested against the whole space of legal bit-streams that is defined by the codec standard. The value in the Argon Streams approach is indicated by the fact that Argon Streams has revealed 105 bugs in the HEVC standard, and around 50 bugs in the VP9 standard, all of which have been reported back to the standards body or Google for correction.”

The primary target customers for Argon Streams are semiconductor companies who are designing and manufacturing integrated circuits, ICs, to decode and play video bit-streams. The IC manufacturing process is an extremely expensive process, involving commitments of many tens of millions of dollars and therefore it is crucial that the design is 100% correct. Argon Streams is a set of encoded video bit-streams that are used to verify the behaviour of a video decoder designed to decode and play either or both of these video standards, and assure IC designers that their design performs correctly. A second set of target customers is IP companies who design and license video decoder designs as part of their IP portfolio.

Argon Streams is a niche product in a very specialised market, but sales have exceeded all expectations. Alan Scott explains “We were hoping to reach break-even at around 4 licences, with an optimistic forecast of 8 licences. To July 2015 we have signed 22 licence agreements. The list of customers for Argon Streams includes most of the top semiconductor and IP companies in the world including Chips&Media, Imagination Technologies, AMD and MediaTek.”. A valuable side-effect of the success of Argon Streams has been the increased presence and reputation of Argon Design’s consultancy services in the video codec market and more generally, already leading to several engagements.

Argon Design, based in Cambridge, UK, is a high technology consultancy with a successful track record in semiconductor design and embedded product development. With a history of complex IP and ASIC designs, including custom processors, video codecs and 2D/3D graphics engines, Argon Design has developed a video decoder verification solution called Argon Streams. Available for both the HEVC and VP9 standards, Argon Streams meets the demanding verification and test coverage needs of IP and Semiconductor developers.