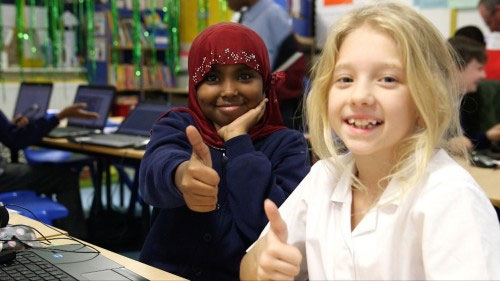 Raspberry Pi Foundation and Code Club are joining forces in a merger that will give many more young people the opportunity to learn how to make things with computers.

Raspberry Pi Foundation and Code Club were both created as responses to the collective failure to prepare young people for life and work in a world that is shaped by digital technologies.

We’re part of a growing worldwide movement that is trying to solve that problem by equipping people with the knowledge and confidence to be digital makers, not just consumers.

We’ve made a good start.

Since launching our first product in 2012, we have sold 7 million Raspberry Pi computers and reached hundreds of thousands of young people through our educational programmes, resources, open source software, and teacher training.

Since its launch in 2012, Code Club has helped establish over 3,800 clubs in the UK and over 1,000 clubs in 70 other countries. Run by volunteers, Code Clubs focus on giving nine to 11 year olds the opportunity to make things with computers. Right now over 44,000 young people regularly attend Code Clubs in the UK alone, around 40% of whom are girls.

But we’ve got much more to do.

Research by Nesta shows that in the UK, many young people who want to get involved in digital making lack the opportunity to do so. We want to solve that problem, ensuring that there is a Code Club in every community in the UK and, ultimately, across the world. In many ways, the decision to join forces was an obvious step. We share a common mission and values, we hugely respect each other’s work, and there are clear benefits from combining our capabilities, particularly if we want to have impact at a serious scale.

Code Club and Raspberry Pi share one other important characteristic: we’re both, at heart, community efforts, only possible thanks to the huge numbers of volunteers and educators who share our passion to get kids involved in digital making. One of our main goals is to support that community to grow.

The other critical part of Code Club’s success has been the generous philanthropic partners who have provided the resources and practical support that have enabled it to grow quickly, while being free for kids. ARM, Google, Cabinet Office, Nesta, Samsung and many other organisations have been brilliant partners already, and they will be just as important to the next stage of Code Club’s growth.

So what does this all mean in practice?

Technically, Code Club will become a wholly owned subsidiary of the Raspberry Pi Foundation. Importantly, its brand and approach will continue unchanged. It’s a proven model that works incredibly well and we don’t want to change it.

For the teachers and volunteers who run Code Clubs, nothing will change. Code Club HQ will continue to create awesome projects that you can use in your clubs. You will still use whatever hardware and software works best for your kids. We’ll still be working hard to match volunteers and schools to set up new clubs across the country, and developing partnerships that launch Code Clubs in other countries around the world.

For Raspberry Pi Foundation, this is an important step in diversifying our educational programmes. Of course, a lot of our work focuses on the Raspberry Pi computer as a tool for education (and it always will), but our mission and activities are much broader than that, and many of our programmes, like Code Club, are designed to be platform-neutral. Personally, I’m really excited about working more closely with Code Club and helping them grow. I’ve been a big fan of their work for a long time, and over the past few weeks I’ve had the opportunity to visit Code Clubs across the country. I’ve been blown away by the energy and enthusiasm of the teachers, volunteers and young people involved.

If you don’t know them already, check them out at www.codeclub.org.uk and, if you can, get involved. I know that many people in the Raspberry Pi community already volunteer at their local Code Club. I’d love to see that number grow!