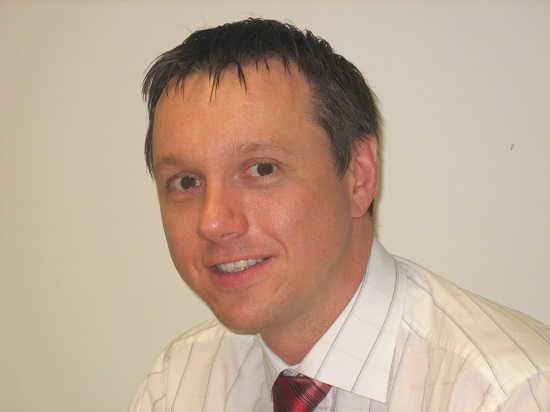 Did you know that the round-the-clock nerve centre for some of the world’s largest cable TV operators is located here? That’s just one reason why Paul Larbey, Head of IP Video Business at Nokia, thinks Cambridge is amazing. In the latest of Cambridge Network's interviews with Founder members, he says we should be shouting about it.

We are at the forefront of how television is going to be consumed in the future.

What makes your business distinctive?

We are unique as a company because our technology is enabling a fundamental shift in the way TV is consumed; we are at the forefront of how television is going to be consumed in the future.

Traditional set-top boxes have been replaced by connected TVs, tablets, games consoles and smartphones etc., which requires some of the functionality to move back into the network.  The network itself needs to change because traditional TV broadcasting – where everyone watched the same thing at the same time – has disappeared. Now it’s more personal because we’re watching it on different devices; because we’re watching at different times – we can time shift and pause and record and watch programmes anytime anywhere.  So the underlying way we deliver TV is now less of a broadcast model and more of an internet delivery model. This requires fundamental changes in the broadband network to allow us to watch TV with the quality we expect.

That’s what we’re about as a company, transforming the network to allow these services to be delivered. That’s what we started doing a number of years ago and we have continued on that track – allowing operators to build networks to launch the new services that match the way we consume TV.

The second thing we do that I think is quite distinctive in Cambridge is we build complex systems. We don’t just make widgets or specific elements, we build entire software systems and we operate and manage large networks on behalf of some of the biggest pay TV operators in the world.

We run a 24/7 operation centre, managing networks on a global basis for the likes of Time Warner Cable and Liberty Global  – the biggest cable operator in the world, across 12 countries in Europe  – and a whole host of others. That’s all managed from our offices in Milton, so we’re staffed around the clock and we don’t just provide the technology, we provide a dynamic service.

Finally, we are distinctive because we combine the benefits of a large organisation with the characteristics of a small business. We’re part of a worldwide company, Alcatel Lucent, which acquired Velocix in July 2009.  Its platform has allowed us to have huge market success – we’re the number one company in the world in the technology we provide – but we also have the qualities of a small Cambridge start-up, and that allows us to continue to innovate.  So it’s a balancing act, bringing those two things together effectively and taking advantage of each. I’m not saying we always get it right but I think we’ve done a good job of marrying the platform of a global company with the innovative culture and drive of a small start-up.

The biggest challenge for us and probably for other companies in Cambridge is finding people with a mixture of technical and business skills.

What are the greatest challenges your business faces?

A very local tactical challenge that we all face is recruitment – finding good people is hard. It’s not impossible but it takes time and effort. We have been actively recruiting as fast as we possibly can since 2009 and, in Cambridge, have grown from 35 people to more than 120, though we are part of a much bigger global organisation of course.

In Cambridge we have grown by a factor of four which has required us to move premises. Although we have done a really good job of recruiting the best people and we now have a great team, we just can’t get enough people fast enough. That goes across all areas. In fact, if we could have recruited more, we’d be even bigger by now.

The biggest challenge for us and probably for other companies in Cambridge is finding people with a mixture of technical and business skills. That’s a big challenge here, where there are lots of very talented people, great engineers and so on, but we need to complement technical ability with understanding of commercial realities, the market and the way business works. That’s a harder skill to find locally. The best technical idea in the world will fail without some level of market reality and application.

A more macro challenge we face as a business is the eco system we work in. Pay TV and content is a very slow moving industry. Technical innovation is much faster than innovation from a business perspective. I think that’s true of most industries but it’s very prevalent in the Pay TV market  – basic things like operators having the right to show content on mobile devices, or being able to record programmes in the network rather than in the home. Those rights take a long time to propagate through the system; the agreements with the content owners and the studios move slowly because the value chain is large and complex.

What are the greatest challenges Cambridge faces?

Probably it’s recruitment – getting the right people to come here. The only way we have found to overcome the issue is to bring people in from outside, but the infrastructure in Cambridge doesn’t make it easy. Housing is expensive and in short supply; the broadband is terrible in places; the roads are terrible. The infrastructure of the city doesn’t support the growth we need.

Housing costs make it very hard for anybody to make the step to move here, especially from another part of the country where properties may be worth less. Couple that with issues we encounter around getting in and out of the city and it is much harder than it should be. There is a desperate shortage of affordable housing for young professional people and I think, if anything, that’s what holds Cambridge back.

I also think Cambridge is the world’s best kept secret. If you look at what we do here, it’s amazing, but nobody else knows.  It’s almost like in Cambridge we want to keep it a secret, but actually we should be shouting about it. We bring customers here from all over the world and tell them what’s happened in Cambridge but a lot of them have absolutely no idea about the cluster and how successful it is. Nobody knows and everybody should know.

What’s the best thing about Cambridge?

Networking in Cambridge is very good. We have a few people who participate in Cambridge Network’s Learning Collaboration peer learning groups.  For example, I belong to its Cambridge Leaders Academy (CLA) and that has been a great experience. The willingness of companies to share information and best practice is refreshing. Not many of us have competitors locally, so that enables us to share a lot of ideas.
Apart from that, Cambridge is a nice place to live; it’s close to London and there are lots of things to do.

You have to work with people you can have a laugh with, and enjoy yourself. There are just too many hours spent in the office with the same group of people so you have to have some fun!

Who or what has influenced you personally in your business career?

I think it’s always people. I’ve been really lucky to work for and with some of the brightest people. I think you should always work with somebody who’s smarter than you are and aim to recruit people who are smarter than you, because they can only push you to be better.

We spend way too much time at work in the UK and so you have to work with people you can have a laugh with, and enjoy yourself. There are just too many hours spent in the office with the same group of people so you have to have some fun!

On a personal level, since we moved here we have had two children and I think they are the biggest grounder. It gives you a different perspective – the level of honesty and imagination they have. Having them required a lifestyle shift, but they help me to focus on what’s important.

This article also appears in the May 2015 edition of Cambridge Business magazine.

Velocix is the world’s leading provider of content delivery solutions, and we are Making Video Personal, on every connected screen.