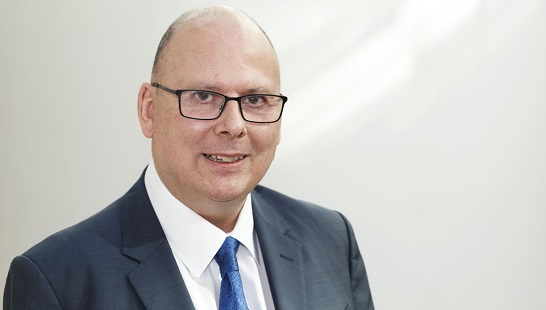 The firm believes as concerns mount over cuts across the public and charity sectors, NHS and police it is perfectly placed to offer significant savings for coverage which also meets employers’ duty of care towards at-risk staff, some of whom face the highest rates of workplace violence.

Across the UK, local authorities, the third sector, police and NHS are all searching for ways to deal with the effects of government cutbacks.

On average it is 35 per cent cheaper than other systems.

Lookout Call works via verbal location messages and timed countdowns. If the worker cannot acknowledge safe completion of a task within a set time the alarm is raised, even if the phone is off, out of signal or destroyed.

The system has been updated with new access methods including easy to use voice recognition, making it as simple as possible to raise the alarm if necessary. Satellite coverage is available for those working in the most remote areas. It is also available as an iPhone app.

The system is used by local authorities, housing associations and charities working with vulnerable clients, including Barnardo’s, Addaction, London-based Scotscare and and Parkinson's UK.

Staff covered include, health workers and carers on home visits, who are at risk from one of the highest rates of workplace violence.

Lookoutcall clients include Newcastle NHS Foundation Trust who use the service to cover staff including midwives, district nurses, and those working in community health and health improvement services.

Customers have highlighted the fact that it is simple and unobtrusive and meets employers’ obligations on Health and Safety and duty of care for a minimal cost, without the far greater potential expense of having staff working without cover.

John Wood, sales director of Lookout Call's parent company, C3, said: “We know that many of our clients and potential customers in the public and charity sectors face another tough year as budgets are put under even more pressure.

“I know everyone is doing their best to squeeze the most out of every penny they spend but we are confident that Lookout Call can deliver the savings they need in the current climate.

“Lookout call is already used by 18,000 lone workers across the UK. It's simple to use and it's much cheaper than alternative systems.

“I know from my own dealings with existing local authority and charity customers that they are under huge pressure to get the most out of shrinking budgets. I firmly believe we can help them make the savings they need painlessly.”

Lookout Call is also used by security industry staff and has also been introduced with great success for porters at Cambridge University’s historic Pembroke College.

Brian Caddy, Lookout Call account manager (pictured) said: “Unlike systems which require the purchase of an expensive device which has no other purpose, Lookout Call uses the worker’s existing phone so there is no capital outlay involved.

“This saves money and also encourages staff to use the systems because they are already familiar with their phone, so there is no technofear.

“ Worries surrounding Big Brother-style surveillance are also allayed by the system using the workers' verbal location messages instead of intrusive GPS, so the worker is empowered to take greater responsibility for their personal safety by performing a ‘mini risk assessment’ whenever they update the system.

“I strongly believe that this approach to lone worker safety works much better than investing in products which fail to engage the worker until there is an emergency.”

Lookout Call believes the position on mobile lone workers needs further clarification following latest guidelines from senior police officers on which incidents are eligible for an enhanced police responses which  mean that expensive systems linked to Alarm Receiving Centres (ARCs), may not meet the criteria for elevated Level One response to alerts involving lone workers - even those who are missing.

For further information contact Derek Watson on derek@dgwmedia.co.uk or 07812 181329.

C3 have a rich history of providing specialist computer telephony platforms for more than 30 years, supplying some of the largest UK and Worldwide companies with PCI-DSS Payment, Multi-Channel and Virtual Contact Centers, IVR call flows and Telephone Voice Recognition. COVID 19 led to a rethink in business operation trends with remote workers leading to migration of onsite solutions to cloud based, CCaaS, CPaaS and UCaaS deployments. C3’s core technology-agnostic software gives their customers businesses the edge in competitive markets and helped to overcome the technical challenges of moving to the cloud .