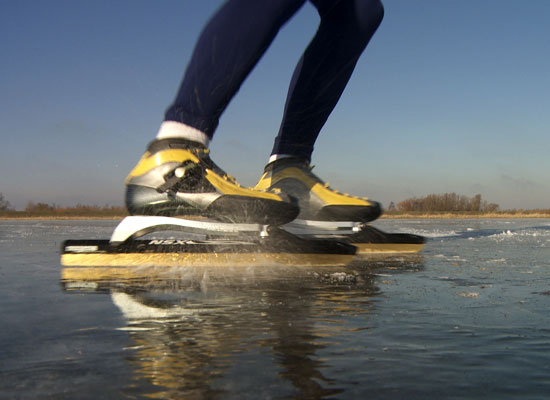 Local Fenland ice skaters are being celebrated in a brand new documentary to be broadcast on national television.

The 30 minute television special about Fen Skating titled Chasing Ice: The Fen Skating Story has been produced by film production company Cambridge Filmworks Ltd. The documentary tells of the origins of the fenland landscape, its influence on the creation of the unique sport of Fen Skating and of the characters that sustain it to this day.

Barrie White, Editor at Cambridge Filmworks said: “It was a pleasure to put this film together, going through interviews and old archive, piecing together this uniquely Fenland story.”

Adam Giles, Co owner of Cambridge Filmworks said: “The project started out as a local film to help promote Fen Skating heritage within local schools and community groups and has ended becoming a programme on national TV, such has been the interest.”

The project was funded through a grant from the Heritage Lottery Fund grant- aided Ouse Washes Landscape Partnership.