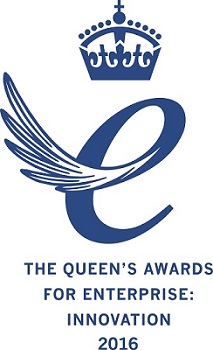 Argon Design Ltd is delighted to win a Queen’s Award for Enterprise in the Innovation category. The award is in recognition of their innovative and industry-leading Argon Streams product.

The growth in demand for high definition video for both TV transmissions and internet streaming has driven the development of ever more complex video codecs, such as HEVC/H.265 and VP9. These codecs provide higher levels of compression for the storage and transmission of video, but at the cost of higher complexity in both the encoder and decoder. Argon Streams is used to verify that the video decoders required to play back such video content on mobile phones, computers and set top boxes, are fully compatible with these new standards.

Argon Streams are conformance test bit-streams providing full coverage and verification of HEVC/H.265 and VP9 video decoders. The bit-streams are derived directly from the video codec specifications using Argon Design’s advanced compiler technology. The process uses directed random numbers to ensure that the bit-streams provide comprehensive coverage testing of all functions, values, ranges and cross coverage combinations in the specification; thereby covering the whole space of valid bit-stream parameters. The resulting set of bit-streams is accurately measured for test coverage (against the original specification) and optimised for minimum simulation time.

Argon Streams is used by many of the world’s top semiconductor manufacturers and by leading IP companies such as ARM and Imagination.

Alan Scott, CEO of Argon Design, stated that “This Queen’s Award for Innovation is the crowning achievement in a hat-trick of recent awards for Argon Streams; complementing the BEEA New Product of the Year and the NMI Innovation of the Year awards, both won by Argon Streams in 2015. This was our first application for a Queen’s Award and was triggered by a UKTI East seminar about the application process”.

Argon Design, based in Cambridge, UK, has a history of complex IP and ASIC designs, including custom processors, video codecs and 2D/3D graphics engines, Argon Design has developed a video decoder verification solution called Argon Streams. Available for both the HEVC and VP9 standards, Argon Streams meets the demanding verification and test coverage needs of IP and Semiconductor developers.