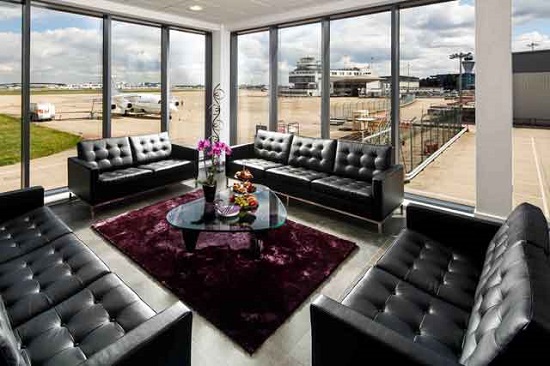 Marshall Aviation Services, part of the Marshall Aerospace and Defence Group, is exhibiting at the European Business Aviation Convention & Exhibition (EBACE 2016) this week (Geneva, 24th-26th May, 2016).

Marshall Aviation Services, part of the Marshall Aerospace and Defence Group, is pleased to announce it has increased its EASA Part 145 approvals with the addition of the Cessna Citation 560, Citation XL and Citation XLS at its MRO facility in Broughton, North Wales.  The first maintenance input of a Citation XLS was successfully completed on 20th May. The additional types complement the Broughton facility’s long-standing Hawker and Beechcraft work.  Clive Prentice, Managing Director, Marshall Aviation Services (TS), comments: “We are very pleased to be fulfilling our strategy of widening the portfolio of aircraft to which we can lend technical services and MRO at Broughton and we plan to introduce further types in the near future.”

The addition of the Beechcraft King Air C90 has completed Marshall Aviation Services’ MRO portfolio of all King Air variants, following the granting of EASA approval for the type in March.  The C90Gtx features added winglets and an increased MTOW of 4,756 kg.   Marshall has long-held EASA approvals on the King Air 200 and 300 Series, of which over 265 are operational in Europe. The design, manufacturing and maintenance capabilities of Marshall Aviation Services, coupled with the expertise of MADG, lend themselves to assisting both corporate and special mission operators.

Bombardier Challenger 604 and 605.  As an approved CAMO, Marshall is responsible for ensuring the airworthiness of the aircraft it maintains for third party customers, performing regular checks to comply with all relevant airworthiness directives and taking responsibility for quality management and documentation tasks.

Marshall Aviation Services is marking the first year of operations of its FBO at Birmingham Airport (pictured) having welcomed an increasing number of VIP airliner arrivals in the past six months.  Resident VIP charter and ACMI operator Cello Aviation added a second B737-300 to its fleet from April, configured for 60-seats in a 43 to 47in seat pitch.  The aircraft complements Cello’s similar B737 and BAe Avro RJ, currently based in Birmingham, plus a regular B757-200 and B737-400 in VIP layout, regularly flown in by GainJet of Greece. In order to accommodate the larger jets, investment has been made to widen our taxiway to allow live aircraft movements close to the FBO doors.

Marshall Aviation Services has welcomed Germany’s Air Alliance Express AG & Co to its Birmingham FBO as a new tenant company.  The 22-year old business has expanded into the UK and established an aeromedical office at the MAS facility, headed by Director of UK Aeromedical Services, Jane Topliss.  Air Alliance is basing two Learjet 35As in Birmingham.

Air Alliance’s UK-based team provide ‘bed to bed’ care from the moment of collecting the patient until his or her handover at the hospital. “In the heart of the UK Birmingham is an ideal base for us. It is a great centre for aerospace operations, offering excellent facilities and purpose built to meet our needs. It is conveniently centrally located with good road links so many major trauma centres which can be reached relatively swiftly,” commented Jane Topliss.

Marshall Aircraft Sales has achieved a good six months with its used aircraft transactions, tracking above budget in the year to date  This month two further aircraft were added, both being special mission equipped  King Air platforms, listed for an overseas government.

Marshall Aerospace and Defence Group has won a Queen’s Award for Enterprise in the International Trade category. The award recognises how, during the course of three consecutive financial years, Marshall saw an increase of almost 70% in its international trade More than half of its exports were engineering and support services to airframe OEMs, governments, Air Forces and commercial operators. Steve Fitz-Gerald, CEO of Marshall Aerospace and Defence Group, commented: "It is a great honour to have won a Queen's Award for Enterprise, the most respected of all business awards, and be recognised for our role in the export of the UK's engineering capabilities - an immense boost to our employees.  Marshall has built an enviable reputation the world over, and we are keen to do our part to strengthen the UK's Prosperity Agenda.”

Marshall's strength in the international market place has a significant impact at home. The company, which employs more than 2,000 people, adds circa £100m gross value-added to the UK economy and spends over £140m in the supply chain to support its business; indirectly supporting a further 2,500 jobs (Buro Happold, 2014).