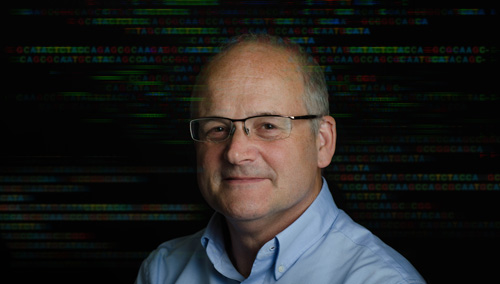 A breakthrough in DNA synthesis has led to the creation of a new spin-out company from the stable of product design and development firm Cambridge Consultants. The joint venture, supported by technology entrepreneur and venture capitalist Hermann Hauser, heralds a new era. It opens the door to the kind of rapid drug discovery that is crucial for truly personalised ‘precision’ medicine or the race against time to find the next generation of antibiotics.

The focus of the new Evonetix spin-out is producing DNA with very high accuracy – in nature, for example, the error rate is less than one in a billion. High-quality DNA is crucial for enabling widespread use of synthetic biology techniques to unlock advances in personalised medicine – treatment tailored to each patient when they need it.

Accurate DNA synthesis is crucial at many stages of the drug development process. It helps with understanding the precise mechanism of a disease, for example – and how a drug interacts with it – by enabling test cells to be precisely modified. It allows cells to be engineered so that they become manufacturing units for production of specific biopharmaceuticals. And it enables very precise cell-based screening assays to be designed for accurate testing of responses to a drug.

“We are applying an engineering approach to biology, using our multidisciplinary skills to take new technology and apply it in the real world,” said Nick McCooke, CEO of Evonetix (pictured). “Combined with our commercial expertise, it means we are uniquely placed to take this radical new idea to market.”

Evonetix is the latest in a long line of more than 20 spin-outs from Cambridge Consultants, which has been at the centre of the Cambridge technology cluster in the UK for over 50 years and now also has premises in Boston (USA), Singapore, Japan and India. Previous spin-outs include four of Cambridge’s 15 billion-dollar firms – CSR, Xaar, Vectura and Domino Printing Sciences.

“We have a track record of creating spin-outs that change market dynamics and disrupt whole industries,” said Ray Edgson, ventures director at Cambridge Consultants. “CSR, for example, was born out of the idea of creating a Bluetooth product on a single chip. Everyone said it couldn’t be done – but CSR went ahead and did it anyway. With Evonetix, we are now poised to transform the synthetic biology industry.”

Hauser has helped start a string of technology companies over the past 40 years, including Acorn Computers and its spin-out ARM, as well as CSR – and next-generation DNA sequencing technology company Solexa, which became the market leader and was later acquired by Illumina.