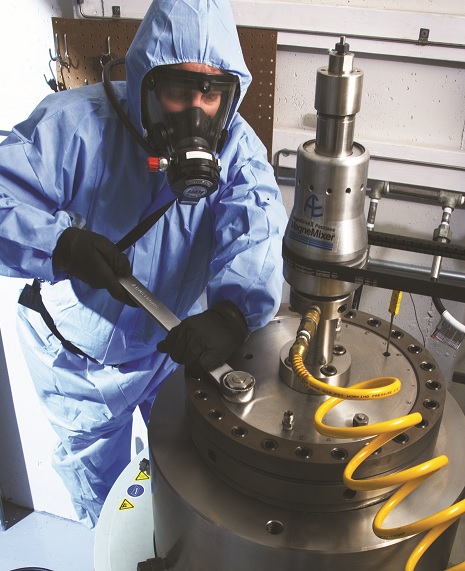 The units were eventually used for other high pressure reactions, such as hydrogenations. Today Strem operates six reactors from 1 lire to 25-gallon capacity, operating at a maximum of 5,000 psig and 650 degrees Fahrenheit.

Given the drastic temperatures and pressures, safety was of unquestionable importance.  The safety program developed for these operations was eventually expanded to include all aspects of production at Strem Chemicals.  The reactors are enclosed in high pressure cubicles constructed from 18 to 24 inch reinforced high strength concrete, on five sides.  The sixth side serves as the entryway to the high pressure reactors and as an emergency blowout wall during operation. All operating controls are in a separate laboratory providing complete physical isolation of the reactors from operators. Carbon monoxide air monitoring devices are in each of the cubicles to ensure that no hazardous atmosphere exists in these areas during operation. All reactions in the reactors are monitored by two independent computer systems with data retention, and are alarmed to provide emergency cooling in the event of out of tolerance temperatures or pressures.