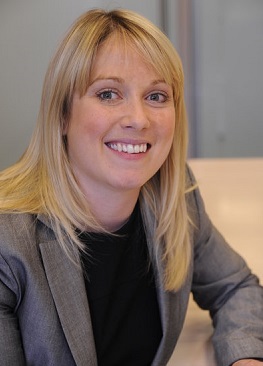 Deloitte’s team of tax experts, its chief economist, head of infrastructure and the public sector team consider potential announcements, the economic outlook and the state of public finances ahead of the Spring Budget.

“But the long grind of public sector austerity has much further to run. After seven years of deficit reduction, annual borrowing still accounts for 3.5% of UK GDP. The squeeze on public spending is stepping up, this Budget is unlikely to see any let up on that, and by the end of this decade the tax burden is likely to be at a 30 year high.

“As such, rebalancing the public finances after the global financial crisis is likely to be a three Parliament process and Mr Hammond’s first Budget could mark only the halfway point in the long journey to eliminating the deficit.”

Lizzie Hill, Tax Partner at Deloitte in Cambridge (pictured), comments: “My hope is that we shall see limited changes in the Spring Budget. We are in the middle of very substantial changes to the tax system, from Making Tax Digital, changes to employment taxes and changes driven by the G20/OECD Base Erosion and Profit Shifting project. The move to a single, autumn Budget is welcome – which means that this Budget should not contain too many changes.

“The corporate tax changes – limiting tax relief, and the use of tax losses – are expected by the government to bring in over £1.8 billion annually from April 2017. In Deloitte’s pre-Budget survey, 41% of tax professionals said that the tax impacts of the BEPS project are the most significant issue for them – compared to 31% principally concerned by any potential tax changes from Brexit.

“Changes to employment tax will also bring in several hundred million pounds. Public sector bodies will take on responsibility for assessing whether services are provided by quasi-employees through their personal service companies, and many salary sacrifice arrangements cease to offer tax/NIC savings. It is clear that the challenges to the tax system of new ways of working will need to be considered and it is possible that the Chancellor could use the Budget to launch a high-level consultation, alongside the Taylor Review of employment law and worker benefits. It is also possible that he could signal a move to asking private sector engagers to follow public sectors engagers in assessing whether or not PAYE should be operated on personal service companies. This would be a highly complex change and would need some time to implement.”

Lizzie comments: “We do not expect the Chancellor to announce any significant changes to the implementation of the 2017 Business Rates Revaluation. Any changes now would cause significant problems as the new Business Rates liabilities come into effect from 1st April 2017 and the bills are already being prepared and issued by the local authorities. However, it’s likely that the Chancellor will spend some extra money to help those businesses facing the steepest increases by making the transitional relief scheme more beneficial to those occupiers. In addition it is very possible that he may raise the £12,000 RV threshold for 100% relief from Business rates to assist smaller businesses.”

“The valuation date for the previous revaluation was 1st April 2008. The Government wants to reform the current system in order to facilitate more frequent revaluations and is currently considering a move to self-assessment for Business Rates to achieve this aim.”

Making Tax Digital will bring a major change in the way that taxpayers, particularly small business and those renting out property interact with HMRC. They will need to make quarterly returns of their income and expenses to HMRC. It was scheduled to apply from April 2018 for those with turnover over £10,000 per year.

“We are waiting for two important announcements – the turnover threshold and whether the start date will be deferred for all or some of those affected. Such a radical change needs time for thorough testing and we hope that the final start date allows time for this.”

A survey of tax professionals by Deloitte ahead of the Spring Budget showed that 47% of respondents thought the VAT registration limit of £83,000 would be the right threshold for having to report digitally.

“The Chancellor has an opportunity to flesh out the interim plan he set out in the Autumn Statement and move the UK towards his goal of spending 1.2% of GDP on infrastructure by 2020. That is a good target to aim for but conditions at the time meant he could only get to 0.8%. Now we need to see more detail on how we go the extra distance.

“Areas like transport and energy are obvious candidates for investment given their role in boosting national productivity. There is also a clear need for investment in social infrastructure – primarily education, housing and social care – given the pressures that these are under.

“With borrowing costs and gilt yields low, the government has an excellent opportunity right now to finance extra investment in UK infrastructure.”

“The reality is that, while a short term injection of cash from the Chancellor would be welcome, it would not be a long-term solution.

“Government and providers need to keep transforming the system, integrating health and social care, supporting people before they need hospital or residential care, exploiting new technology better and connecting as effectively as possible with the wider public sector. In the long term, it means looking for opportunities beyond the existing system, where the constraints are well known, and thinking about novel and unimagined ways of responding to need.

“These are challenging times for pressurised public services. Beyond additional funds, transformation and constantly evolving to meet societal change are the best ways to forge more sustainable health and social care.”

Deloitte refers to one or more of Deloitte Touche Tohmatsu Limited, a UK private company limited by guarantee (“DTTL”), its network of member firms, and their related entities. DTTL and each of its member firms are legally separate and independent entities. DTTL (also referred to as “Deloitte Global”) does not provide services to clients.

Please see About Deloitte to learn more about our global network of member firms.