The robots are coming: local government and artificial intelligence 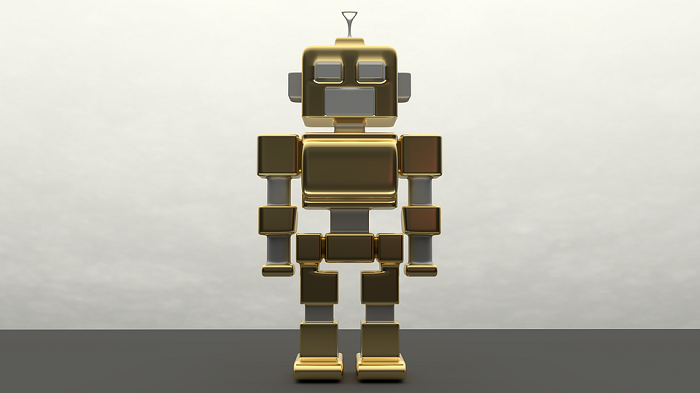 Expectations that AI will transform the world economy have become commonplace. There are estimates that 250,000 public sector jobs are at risk of automation over the next 15 years. Lars Malmqvist, co-founder of Arcus Global, argues that robots are coming and we should try to make their coming a welcome event.

By adopting these technologies, Local Government would place itself in a unique position to help show the way towards a responsible, ethically sound embrace of what may potentially be the largest technological shift in our lifetimes.

Local government has a real need for transformational technology and AI technologies are in many ways perfectly tailored to address that need.

Expectations that AI will transform the world economy have become commonplace. A recent RSA analysis suggested that 15% of British private sector jobs or about four million could be at risk in the next decade. The thinktank Reform estimated that 250,000 public sector jobs are at risk of automation over the next 15 years. Neither of these numbers are at the high range of current estimates.

On the flip side, PwC has estimated that global GDP could increase by as much as 14% or $15.7 trillion due to the impact of AI. Most significantly this is based on gains in labour productivity such as automation.  While some of these expectations may be overhyped, there are few who genuinely expect the total impact to not in some way transform significant parts of the economy.

The question is no longer whether there will be an economic transition - although one can argue about the scale - but about how to manage the transition in a reasonable and (dare I say) ethical way. Here there are options. It isn't true that a wild west rush towards a massive bout of creative destruction is the only and inevitable outcome. Nor does the situation call for a Luddite response of early regulatory intervention to protect threatened industries. Instead, there is a certain level of measured and constructive engagement with the complexity of AI in its early phases of adoption that could potentially help introduce standards for good practice and pave the way for better and more human ways of adopting AI. Enter Local Government.

Councils in Britain are in a precarious economic situation. They have faced austerity for years and face still more in the coming years. Some councils have already had to make cuts of 33% of their budgets, according to the Economist.  This comes at a time when Councils face large increases in demand from an aging population. Unsurprisingly, the situation in some local authorities is dire. You don't find many Councils that aren't currently in the process of transforming themselves - with greater or lesser success - to meet these challenges. For some local authorities, if only 15% of jobs were lost that would be much better than the reality they have to confront.

Historically sluggish in technology adoption, the local government sector has recently picked up the pace and digital technologies have no small place in the efforts that have taken place to keep services running.  Pioneers such as Aylesbury Vale District Council have already started using AI in limited ways. There is a close fit between the kind of AI used to augment human productivity and the kinds of work done by most local government officers. They are typically highly trained professionals who, on a day-to-day basis, deal with a perplexing variety of requests ranging from utterly mundane inquiries to critical, once in a career decisions. This is exactly the kind of scenario where machine learning algorithms will shine, not as a replacement for human expertise but as a way of crystallising it and allowing it to focus on the right problems.

Routine tasks and interactions can be automated. Steps in complex processes that don't require deep judgment can happily be taken over by robots. The huge trove of data contained in Council systems can be automatically analysed and made available to support the officer in natural ways. This will leave the people that ultimately deliver front-end services with more time to focus on the remaining tasks that really do require human judgement.

The particular problems that have often made technology adoption harder in the government context: security, privacy, regulatory compliance present serious challenges to AI well beyond the realm of government. What should we allow an AI to know about us? What kind of safeguards do we need to put in place before rolling out AI at scale? How can we prevent our algorithms from being exploitable by ill-intentioned actors? When should we care about whether we can explain how our machine learning algorithm came to the result that it did?

Each of these require serious thought and have a range of reasonable answers. They are also the kinds of questions officers in local government would be well-placed to think hard about. In a sense, they resemble the kind of policy thinking that many in the sector do every day. The basic duty of care that local authorities have towards their residents can help anchor these answers and generate solutions that are broadly acceptable to a wider population and avoid the potential excesses that could come with a more gung-ho approach.

Ultimately, the robots are coming. We should try to make their coming a welcome event. Local Government has a real need for transformational technology and AI technologies are in many ways perfectly tailored to address that need. By adopting these technologies, however, Local Government would also place itself in a unique position to help show the way towards a responsible, ethically sound embrace of what may potentially be the largest technological shift in our lifetimes.