Cambridge Intelligence scales up and out 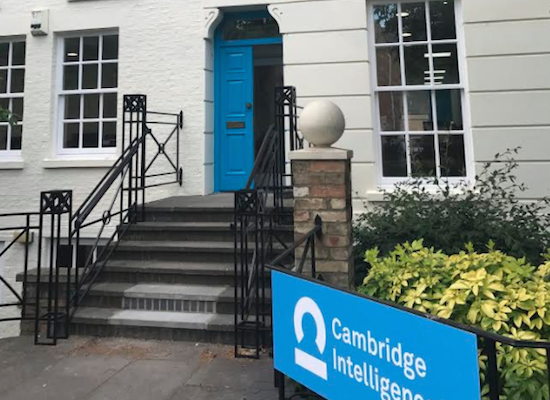 Data visualisation software leader, Cambridge Intelligence, has moved into new central Cambridge headquarters. The premises at 6-8 Hills Road will be a base for the growing firm to scale up its team and operations.

Cambridge Intelligence CEO, Joe Parry, said: “We’ve worked hard to find the best people, and build products that lead in a fast-growing market. This investment in a great new working environment for our team will mean we can attract more talent to take our business even further.”

The office provides almost 5000 sq. ft. of modern workspace and breakout areas, located close to the city centre and central train station. It will accommodate the company’s 35 UK-based employees with capacity for new hires being recruited into engineering, commercial and customer success teams.

Founded by Parry in 2011, Cambridge Intelligence creates data visualisation tools that uncover patterns in the complex connections in data. The firm works with around 200 customers worldwide, including Visa, Microsoft, Cisco as well national governments and police forces.

Earlier this year the firm was recognised by the Disrupt 100 global index of companies with the potential to change the world. It has also been a member of Upscale 2017 – TechCityUK’s mentorship and scaling programme for the UK’s most promising scale-up companies.