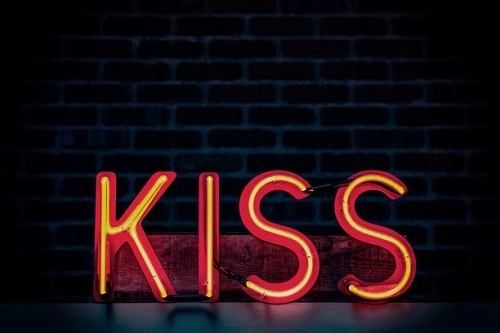 Throughout all cultures people greet one another as a sign of recognition and friendship.

In the UK, cheek kissing is ambiguous and sometimes uncomfortable as no one is sure when it’s suitable or even how many kisses there should be. According to Debrett’s, the authority on etiquette and behaviour, kissing is taking over from handshaking, almost as the handshake took over from the bow. Men kissing one another as a greeting is still unusual, and kissing is not appropriate in many professional situations. On the whole, Debrett’s suggest it should only be used among friends, not at business meetings.

In France kissing is called “faire la bise”. A popular French joke states that you may recognise the city you are in by counting the number of cheek kisses, as it varies across the country. According to a survey of more than 100,000 citizens, Parisians consider two kisses the norm, while three is standard in Provence, and four throughout the Loire Valley.

In New Zealand, the Maori greeting, called the "Hongi", means "Sharing of breath". In this greeting, the two people touch or rub their noses together and inhale.

In Latin America, in business settings, the cheek kiss is not always standard upon introduction, but once a relationship is established, it is common practice. As with other regions, cheek kissing may be lips-to-cheek or cheek-to-cheek with a kiss in the air – the latter being more common.

In the United States and Canada, in the business world greetings are typically casual with a firm handshake, big smile and a warm “Hello” is all that is needed.

There are certain cultures in which any type of physical contact in public is mostly frowned upon. For example, in Japan, kissing in public as a greeting is somewhat new. Traditionally it was saved for only private moments.

In Thailand, there's only one correct way – or wai – to greet and that's to press your hands together in a prayer-like fashion and slightly bow to your acquaintance. Similarly in India, Western visitors may receive a handshake, but if you're looking to seem culturally aware, place your palms together like a prayer, tilt your head forward and say "Namaste" which means "adoration to you".

So what to do? One approach is to default to what is safest but take the other person’s lead. Even if you feel awkward or embarrassed, you’re demonstrating an important social signal that you’re aware of that country’s customs.

From all at Babel, we wish you a happy Valentine's Day!

Want to learn more?  Global Gift Giving can be just as important as a kiss, bow and shake of hands; read our blog on how to get this right too.  If you need to make a good first impression with your new international parent company, potential foreign client or supplier, contact us for a sample course outline for our 'Working Effectively with...' courses which focus on the culture/s of your choice and covers social and business etiquette.