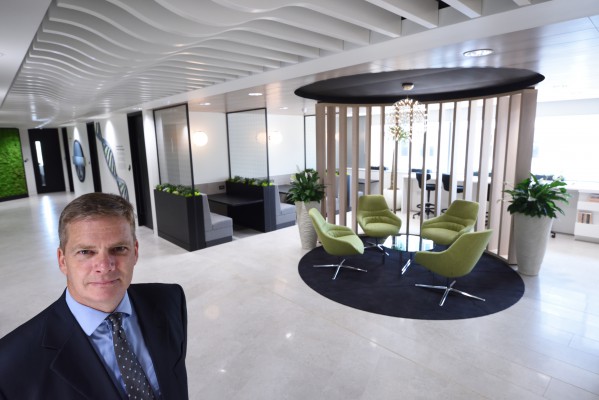 Optimism among Chief Financial Officers (CFOs) has recovered from its post-election low and is close to levels seen at the end of last year, according to Deloitte’s latest CFO Survey.

However, while perceptions of uncertainty have eased, corporate risk appetite remains below its long-term average and CFOs maintain a focus on defensive strategies.

One hundred and two CFOs of FTSE 350 and other large private companies participated in the Q3 2017 CFO Survey. The combined market capitalisation of the 75 listed companies who participated is £416bn, approximately 16% of the UK quoted equity market.

Twenty-seven per cent of CFOs say they are more optimistic about the prospects for their company than they were three months ago, up from 18% in Q2, while 27% say they are less optimistic, down from 42%.

Thirty-four per cent say that the level of uncertainty facing their business is high or very high, down from 43% last quarter and almost half the level seen immediately after last year’s EU referendum.

Twenty-four per cent say now is a good time to take risk onto their balance sheet, up slightly from 22% in Q2 and three times the level seen after the referendum.

Reducing costs remains CFOs’ top priority, with 41% citing it as a key focus, down from 46% last quarter. This is followed by introducing new products and services (39%, down from 42%) and increasing cash flow (35%, down from 36%).

Thirty per cent say that capital spending by their business will be lower as a consequence of Brexit, down from 33% in Q2, while 36% say hiring will slow as a result of leaving the EU, down from 38%.

However, Brexit still ranks as the top concern CFOs say their business faces, giving it (on a scale of 0-100) a ranking of 58, down from 60 last quarter. Brexit is followed by weak demand in the UK (53, down from 57) and the prospect of higher interest rates in the UK and US (49, down from 50).

Similarly to Q2’s results, UK domestic concerns were ranked highest with concerns about geopolitics and global growth all ranking lower.

Ian Stewart, chief economist at Deloitte, said: “Optimism among CFOs has rebounded after a slump following the snap general election and perceptions of uncertainty have eased to almost half the level seen immediately after the referendum. Despite Brexit uncertainties a broadening global recovery has helped lift sentiment among CFOs.

“It is testament to the changeable business environment that, eight years into the UK recovery, CFOs remain on a cautious footing with cost control still the number one balance sheet priority.”

Paul Schofield, practice senior partner at Deloitte in Cambridge (pictured), said: “Concerns over Brexit look to have eased slightly in this latest survey with just under two-thirds of CFOs expecting an adverse effect on the business environment, down from nearly three-quarters in Q2.

“However, CFOs continue to see Brexit as being the top risk facing business. CFOs expect Brexit to have an impact on their business decisions, with almost a third expecting it to reduce their investment plans over the next three years and a third expect it to hit hiring.

“It is critical that progress is achieved soon in the negotiations between the UK and the EU to provide more certainty to business and to deliver a real boost to corporate spirits and plans.”

This is the 41st quarterly survey of Chief Financial Officers and Group Finance Directors of major companies in the UK.

102 CFOs participated, including the CFOs of 20 FTSE 100 and 40 FTSE 250 companies. The rest were CFOs of other UK-listed companies, large private companies and UK subsidiaries of major companies listed overseas. The combined market value of the 75 UK-listed companies surveyed is £416 billion, approximately 16% of the UK quoted equity market.

In this press release references to “Deloitte” are references to one or more of Deloitte Touche Tohmatsu Limited (“DTTL”) a UK private company limited by guarantee, and its network of member firms, each of which is a legally separate and independent entity. Please see deloitte.com/about for a detailed description of the legal structure of DTTL and its member firms.

Deloitte LLP is a subsidiary of Deloitte NWE LLP, which is a member firm of DTTL, and is among the UK's leading professional services firms.