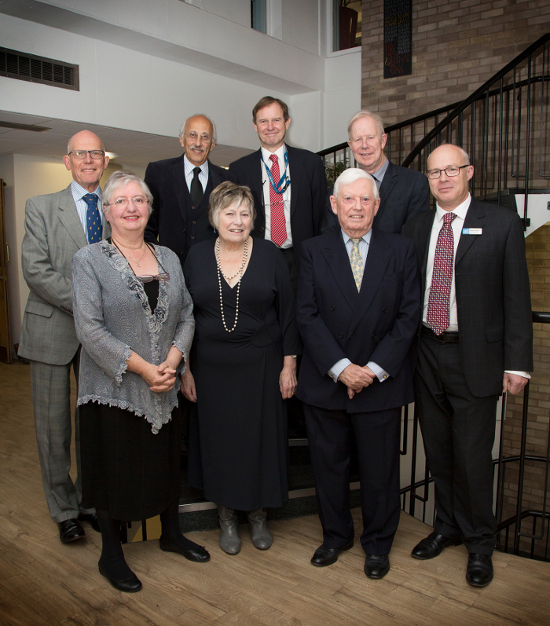 Fundraising for a cancer scanner first began in 1979, when the Addenbrooke’s Hospital Cancer Scanner Appeal Fund set out to raise £1 million. This charity was set up by a group of local residents, led by Councillor John Philips. The first scanner was acquired in 1981, but fundraising continued and in 1987 the Appeal Fund and the East Anglian Regional Health Authority together funded a new MRI department at Addenbrooke’s. Today the MRI unit is still supported through Addenbrooke’s Charitable Trust, a partnership between hospital and charity that has kept Cambridge at the forefront of this technology.

In the 1980s, MRI was a relatively new technology, using a high-intensity magnetic field rather than x-rays. Today it is widely used in the diagnosis of a range of health conditions. The unit at Addenbrooke’s was the first to be built in East Anglia. Its traditions of research excellence and charitable support have made it one of the most advanced of its kind in the country, maintaining the hospital’s tradition for providing first class care and advancing medical science.

Kathleen Phillips, the widow of Councillor John Phillips and one of the original fundraising volunteers, explains. “John was very clear in his vision for helping to start body scanning in Cambridge and he worked tirelessly to make the appeal a success.” Over £10m has been raised over the past three decades to support the unit.

Ferdia Gallagher, honorary consultant radiologist at the hospital said: “It is great to be celebrating the history of our unit, to remember how much we have grown and the impact we have had on our patients. Last year, we installed our sixth MRI scanner and this year we will perform 32,000 scans…which is more than ever before. But demand continues to grow, we have extended our hours to provide our patients with the very best care possible and we need to continually grow in order to ensure that we can meet the ever-increasing demand – in both capacity and technical expertise.”

Stephen Davies, Chief Executive Officer at Addenbrooke’s Charitable Trust said: “This is a story that demonstrates just how powerful the community can be in coming together to take the lead in providing the best health care for local people. The generosity of donors and fundraisers over the years has left an extraordinary legacy for the patients of today and of the future. We are very proud of the cutting-edge MRI facilities at Addenbrooke’s and are enormously grateful to all our supporters. Anyone wishing to make a donation to support the advancement of MRI at Addenbrooke’s can do so by visiting act4addenbrookes.org.uk/donate or by calling 01223 217757.”

The event celebrates the work of the MRI team, past and present, and recognises some of the many supporters, including local companies Leeds Day solicitors, Buckles Law and the Cambridge Will-Writing Company who support Addenbrooke’s Charitable Trust’s Make a Will Week.

For more information on Addenbrooke’s Charitable Trust and how you can support Addenbrooke’s and the Rosie hospitals, see www.act4addenbrookes.org.uk or call 01223 217757.

Addenbrooke's Charitable Trust (ACT) is the independent registered charity for Cambridge University Hospitals (including Addenbrooke's Hospital and the Rosie Hospital).