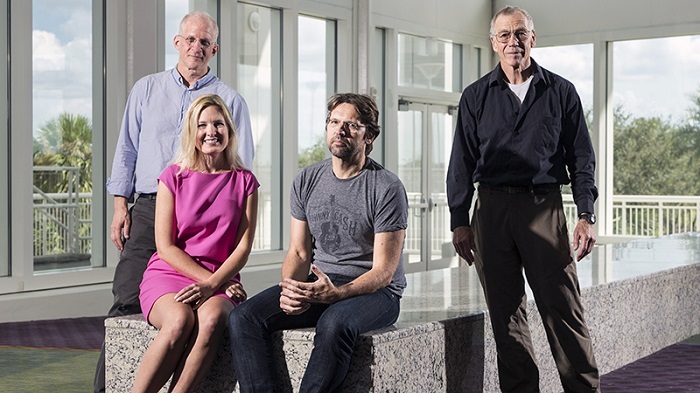 So you want to learn how to program a quantum computer. Now, there’s a toolkit for that.

The Quantum Development Kit, which Microsoft first announced at its Ignite conference in September, is designed for developers who are eager to learn how to program on quantum computers whether or not they are experts in the field of quantum physics.

It’s deeply integrated into Visual Studio, Microsoft’s suite of developer tools, so aspects of it will be familiar to people who are already developing applications in other programming languages. And it’s designed to work with a local quantum simulator, also released as part of the kit, that can simulate around 30 logical qubits of quantum computing power using a typical laptop computer. That will allow developers to debug quantum code and test programs on small instances right on their own computers.

For larger-scale quantum challenges, Microsoft also is offering an Azure-based simulator that can simulate more than 40 logical qubits of computing power.

Along with the kit, Microsoft also is making a comprehensive suite of documentation, libraries and sample programs available. That will give people the background they need to start playing around with aspects of computing that are unique to quantum systems, such as quantum teleportation.

That’s a method of securely sharing information across quantum computing bits, or qubits, that are connected by a quantum state called entanglement.

“The hope is that you play with something like teleportation and you get intrigued,” said Krysta Svore, a principal researcher at Microsoft who has led the development of the quantum software and simulator.

The kit will let people create applications that can run right now on the quantum simulator, and those same apps also will eventually work on a topological quantum computer, which Microsoft is in the process of developing for general purpose quantum computing.

“The beauty of it is that this code won’t need to change when we plug it into the quantum hardware,” Svore said.

From artificial intelligence to climate change

Experts believe quantum computers could allow scientists to address some of the world’s toughest challenges, such as world hunger or the dangerous effects of climate change. That’s partly because quantum computers will be able to do calculations in hours or even minutes that would take the lifetime of the universe for even the most advanced classical computers in use today.

Quantum computers also are expected to help spur major advances in fields such as artificial intelligence.

For example, many of the current breakthroughs in AI are based in part on machine learning, in which a system is given a set of data and learns from that data to recognize things like words, sounds or objects.

With a quantum computing simulator, Svore said computer scientists are already seeing how they could create quantum algorithms for that type of AI research. In early testing on the simulator, they are seeing how these quantum algorithms could more quickly find more nuanced patterns in data, which could spur major advances in fields such as speech, vision or language recognition.

“It seems like there’s a huge amount of potential there, and we’re just scratching the surface,” Svore said.

The Quantum Development Kit is part of Microsoft’s plan to build a robust, full-fledged quantum computing system, which includes everything from the quantum computing hardware to the full software stack. The company’s researchers also are working on projects focused on cryptography and security in a quantum computing world.

Microsoft’s approach is centered on the development of a topological qubit, a more robust type of qubit that Microsoft’s experts believe will provide a better basis for practical, scalable quantum computing.

One big challenge about quantum computing is that qubits are extremely finicky. They need to be stored at very low temperatures, for example, or they might be disturbed and destroyed.

Because they are so finicky, most approaches to building qubits require massive amounts of error correction, or techniques to ensure information is delivered reliably. With a topological qubit, error correction is built right into the physics of the qubit itself. That makes it easier to scale up and deliver reliable results, and to do computations that are orders of magnitude larger than is possible on a classical computer, with fewer qubits than other quantum systems.

It goes without saying that quantum physics is extremely complex, and even some of the smartest people in the world confess that quantum computing is hard for them to understand.

Todd Holmdahl, the corporate vice president in charge of Microsoft’s quantum effort, noted that it’s up to Microsoft to figure out the quantum physics – and then to deliver tools like the Quantum Development Kit that people without a quantum physics degree can use. The hope is that these tools will make the power of quantum computing accessible to many more people.

“What you’re going to see as a developer is the opportunity to tie into tools that you already know well, services you already know well,” Holmdahl said. “There will be a twist with quantum computing, but it’s our job to make it as easy as possible for the developers who know and love us to be able to use these new tools that could potentially do some things exponentially faster – which means going from a billion years on a classical computer to a couple hours on a quantum computer.”