TWI investigates geothermal coatings for the future of renewable energy 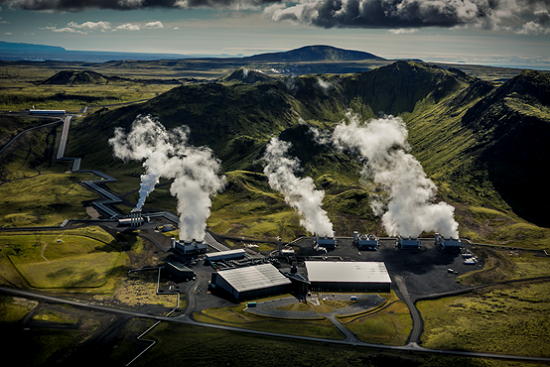 TWI is co-ordinating a recently won European Horizon 2020 project for the development of novel and cost-effective corrosion resistant coatings for high temperature geothermal applications. This project, dubbed Geo-Coat, comes from the low carbon energy call to develop next generation technologies for renewable electricity and heating/cooling.

Dissolved CO2, H2S, and NH3 gases, as well as sulphate and chloride ions are the dominant elements for the cause of corrosion, and are heavily dependent on operational factors such as the pressure, temperature, flow rate, oxygen concentration, suspended solids, flow regime (single or multi-phase, stratified, annular, bubbly, slug, etc.) and the pH level of the geothermal fluid.  Moreover, the high flow rates used to drive turbines, coupled with the presence of water, suspended solids or precipitates caused by pH and pressure changes, give rise to erosive actions that exacerbate the corrosion effects. Precipitates such as silica, sulphides and calcite can also quickly form scales on surfaces that require harsh physical or chemical treatments, degrading material surfaces further. One of the key factors in increasing the output of geothermal systems is obtaining higher enthalpy fluid, which could be obtained by drilling deeper wells. But, as we move to deeper geothermal resources, geofluids become more aggressive and the increased corrosion, erosion and scaling effects put the efficiency and longevity of the plant components at risk.

Carbon steel is the desired structural material for geothermal applications, primarily because of its low cost, good availability and weldability. However, it has poor resistance to corrosion and erosion at various parts of the well system, such as hot brine, low pH treatments to reduce silica scale, and pipe bends where erosive forces are highest. Increased carbon steel wall thickness allowance, corrosion resistant alloys and titanium are currently considered when faced with the long-term integrity issues these cause.

The specialised corrosion and erosion-resistant coatings will be based on selected High Entropy Alloys (HEAs) and ceramic/metal mixtures (Cermets), and these will be applied through thermal powder coating techniques (primarily high velocity forms of High Velocity Oxygen Fuel / Laser cladding) specially developed to provide the required bond strength, hardness and density for these challenging applications. Thus, the Geo-Coat target is to design the new high performance coatings to resist each of the specified threats or combinations of threat, as experimentally derived at key failure points within geothermal runs, and to apply them only to the affected components.

The project will last for three years, with the Geo-Coat partners coming from the UK, Iceland, Romania and Norway.