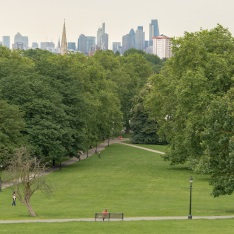 New research shows that the natural environment has a powerful effect on promoting positive body image – and you don’t even have to set foot outdoors to experience the benefits.

In three studies, using different designs and measures, university students in Cambridge and London were shown photographs of both natural and built environments, with results showing that exposure to images of natural, but not built, environments resulted in improved body image.

A fourth study involved members of the public walking in both natural and built environments in and around Hampstead Heath in London, while the final study involved participants who were recruited as they were entering the park at Primrose Hill in London.  Both of these studies indicated that spending time in a natural environment resulted in significantly higher body appreciation.

Previous research has shown that the natural environment has a beneficial effect on both mental and physical health, while a number of activities including sports, dance, yoga and life drawing classes have been shown to promote and develop positive body image.

This new research provides evidence that exposure to natural environments can also promote positive body image, which involves respect for the body and a rejection of rigid ideals around appearance.

Viren Swami, Professor of Social Psychology at Anglia Ruskin University and lead author of the study, said: “There are several reasons why exposure to nature could be having this effect on positive body image.  It might be that it distances people, physically and mentally, from appearance-focused situations that are one of the causes of negative body image.

“It is also possible that exposure to environments with depth and complexity restricts negative appearance-related thoughts.  More specifically, natural environments effortlessly hold your attention – a process known as ‘soft fascination’.  This is often accompanied by feelings of pleasure, such as when you are drawn to the sight of a setting sun.

“An environment that does not require undivided attention may provide people with cognitive quiet, which in turn may foster self-compassion such as respecting your body and appreciating it is part of a wider ecosystem requiring protection and care.

“Access to nature may also mean that individuals spend more time outdoors engaging in activities that focus attention on the body’s functionality rather than aesthetics.”