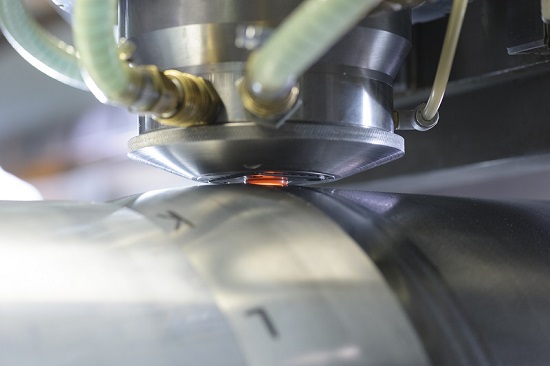 Tuesday 6 February 2018 saw another milestone for space exploration with the launch of Falcon Heavy from Kennedy Space Centre in Florida. The craft, which was created by US entrepreneur Elon Musk’s SpaceX program, is the most powerful operational rocket in the world and uses technology pioneered by TWI.

The rocket used Friction Stir Welding (FSW) in its design, a friction joining process that was invented at TWI in 1991 and has since gone on to be used for a variety of applications, including the joining of fuel tanks for the space shuttle.

The FSW process is not only faster than other joining methods but also offers better properties, while the lack of riveting, for example, also lowers the weight of the final product, making it ideal for aero and astrospace applications.

Falcon Heavy is able to lift 64 tonnes into orbit – the equivalent of five double-decker buses – which is just over twice the weight that can be lifted by the second-most powerful operational rocket, Delta IV Heavy. This payload means that Falcon Heavy offers increased possibilities for SpaceX, including the launch of bigger satellites for U.S. intelligence and military, launching large batches of satellites (i.e. to help deliver global broadband), sending bigger robots to Mars or the outer planets of Jupiter, Saturn and their moons, and the transportation and launch of huge telescopes.

Comprised of three Falcon 9 engine cores with the ability to deliver five million pounds of thrust at lift-off, the Falcon Heavy is also just one-third of the cost of the Delta IV Heavy.  This saving is due to the fact that the boosters from the SpaceX rocket can be recovered and reused. However, this first mission saw a much lighter payload than is possible delivered into space.

Elon Musk decided to send his red Tesla sports car into orbit, complete with a space-suited mannequin in the driver’s seat and David Bowie’s 1969 hit ‘Space Oddity’ playing on a loop on the stereo. Of course, 1969 was also the year that Apollo 11 took the first two humans to the surface of the moon, so it is perhaps apt that this latest ‘leap for mankind’ also pays homage to this historic date.

You can find out more about TWI’s work with Friction Stir Welding here or contact us for more details.