New Director for the MRC Cognition and Brain Sciences Unit 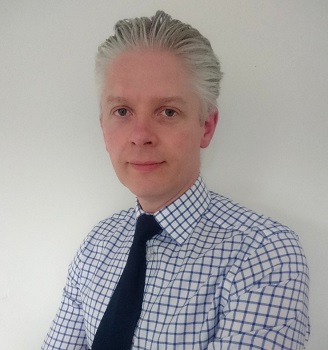 The MRC welcomes Professor Matthew Lambon Ralph as the new Director of the MRC Cognition and Brain Sciences Unit (MRC CBU). The Unit, established in 1944, became part of the University of Cambridge’s School of Clinical Medicine in 2017.

Matthew (pictured) has been Professor of Cognitive Neuroscience at The University of Manchester since 2001, he also leads the University’s cross-disciplinary Neuroscience and Aphasia Unit and is also Associate Vice-President for Research. His work combines clinical and discovery science to explore memory and language, and their multiple disorders. Matthew has received multiple awards, including the Presidents’ Award of the British Psychological Society in 2015. He is a Fellow of the Royal College of Speech and Language Therapists and the British Psychological Society.

Commenting on his appointment, Matthew said: “It is a great honour to take on the stewardship of the MRC CBU. Throughout its long and esteemed history, the Unit has been at the international forefront of cognitive science and neuroscience – both in terms of discovery science and the application of its expertise to societal grand challenges. These continuing dual contributions will be critical to the rapidly advancing field of cognitive neuroscience and for tackling the significant and growing societal impacts of disorders such as dementia and mental ill-health."

Dr Rob Buckle, Chief Science Officer at the MRC, said: “Matthew is an outstanding researcher who will ensure the MRC CBU continues to be one of the UK’s most significant contributors to understanding human cognition, addressing both how it changes as we age and how it is perturbed in ill health. We look forward to working with Matthew and supporting his vision for the Unit’s future and its role in promoting preventative, therapeutic and educational interventions.”

Professor Patrick Maxwell, The University of Cambridge Regius Professor of Physic, and Head of the School of Clinical Medicine, said: "Following the smooth transfer of the MRC CBU into the University of Cambridge last year, I am thrilled to welcome Matthew at its new Director. This is a very exciting time for brain sciences, and with Matthew’s strong translational background and perspective as a clinical neuropsychiatrist the MRC CBU is in great hands."

Matthew will take up his appointment from 1 September 2018 and will succeed Professor Susan Gathercole OBE, who has expertly led the MRC CBU since 2011.