Bob Driver to step down as CEO of CW 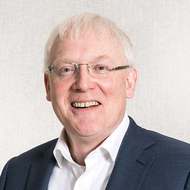 Bob Driver, CEO of CW (Cambridge Wireless), has announced he is to step down from the helm of the technology membership organisation. He will continue to lead the company while his successor is being sought, he remains a Director on the CW Board, and will also continue to steward the new national 5G innovation network - UK5G - on behalf of CW.

Bob has been at the helm of CW for three years, during which time the organisation has gone from strength to strength, supported by its committed members, by the CW Special Interest Groups, and by the CW Board. He has overseen the delivery of a busy programme of events, debates, conferences and programmes, upholding CW’s reputation for critically examining technology issues and examining the reality behind the hype.

During his time the scope of the organisation has expanded from its core base to cover most areas of deep technology, all the way from semiconductor design through to content delivery, and taking into account many vertical industries.  The most recent focus areas have been Artificial Intelligence, the Internet of Things and 5G.

CW has also successfully re-branded, published a well-regarded quarterly magazine (the CW Journal), modernised its website, and moved to the new Bradfield Centre at the heart of the Cambridge Science Park. The organisation has reinforced its commitment to diversity, delivered programmes to support start-ups and created the CW Unplugged series, an initiative designed to inspire young entrepreneurs, engineers and technology leaders to step forward and share their insights.

The overall aim of CW remains straightforward – to support CW members to network, learn and grow by connecting the digital world.

“CW is a wonderful organisation and I remain completely committed to its ongoing success. While the time has come for another to take on the leadership role, I look forward to supporting my successor from my role on the CW Board.  I’d like to thank the brilliant and hard-working CW team, and my colleagues on the Board for their support.”  - Bob Driver

While he is stepping down as CEO, Bob will continue to guide the UK5G Innovation Network.

In January CW was asked by the Department of Digital, Culture, Media and Sport [DCMS] to take the lead in a new initiative which brings together individuals, organisations and projects involved in 5G throughout the UK.  UK5G builds on the strong traditions of CW and is an impartially administered network.  It also has an international role in promoting the UK’s 5G capability globally. The network is in its early stages.

“Bob has contributed a tremendous amount to CW during his tenure as CEO. Whilst it is a great shame he is stepping down as CEO, I’m very pleased he remains a strong contributor to CW in his role as a Director on the board and also by continuing to lead the UK5G project for CW. The search is now underway for a new CEO for CW who can take up the baton to drive CW forward. With so many hot industry topics and great membership engagement, it remains a very exciting time for CW.”  - Raj Gawera, CW’s chairman

A leading industry forum and vibrant community with a rapidly expanding network of companies involved in the development & application of wireless technologies.