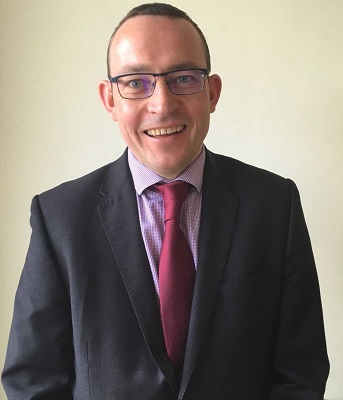 Cheffins is strengthening its position within the commercial property and asset management sector across the Cambridgeshire region with the appointment of Darren Hill as Property Manager.

Darren Hill joins the Cambridge-based team after over 15 years in the property industry. Before joining Cheffins, Mr Hill worked as principal consultant at Mott MacDonald in Cambridge and previous to that, he worked as Head of Economic Development at East Cambridgeshire District Council (ECDC), based in Ely.

Led by Philip Woolner and Simon Lewis, Cheffins’ Commercial Property team has gone from strength to strength with a number of significant projects in the past year. Cheffins manages an impressive portfolio of commercial property, including a number of key buildings on behalf of Cambridge colleges. The firm has also been heavily involved a number of retail, office and industrial investment deals throughout the region.

Simon Lewis, Director of Cheffins Commercial Property department comments: “Darren has significant experience in the commercial property sector following his roles at both the ECDC and at Mott MacDonald. This, alongside his fantastic network of contacts from across the region, will position him as an essential part of the existing team and we look forward to introducing him to clients throughout our extensive portfolio.”

Darren Hill, Property Manager at Cheffins comments: “My role at the East Cambridgeshire District Council involved responsibility for inward investment, placemaking, growth delivery and business development, which led to my working closely alongside Cheffins on a series of projects. The firm has a fantastic reputation within the professional advisory sector locally and I am pleased to have joined the team based in Cambridge.”