EACH sends congratulations to Duke and Duchess of Cambridge 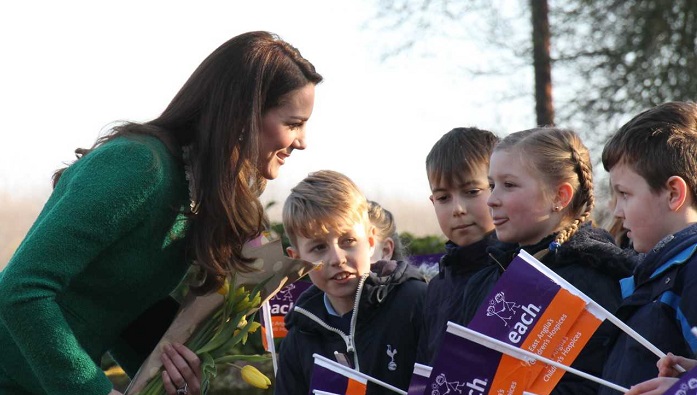 East Anglia’s Children’s Hospices (EACH) has shared its delight at the birth of the Duke and Duchess of Cambridge’s third child.

Her Royal Highness, The Duchess of Cambridge, became Royal Patron of EACH in January 2012. Shortly after she formally opened The Treehouse for EACH in Ipswich, where she also made her first public address.

The Duchess has since shown great support of EACH and at the start of last year she visited its hospice in Quidenham to receive an update on the nook appeal – the charity’s £10 million campaign to fund the building of a new and improved hospice for Norfolk.

Her dedication to the good cause has seen a great increase in awareness and understanding of children’s palliative care across the country.

Graham Butland, EACH Chief Executive, said: “On behalf of all us at EACH, I’d like to congratulate the Duke and Duchess of Cambridge on the birth of their third child.

“Her Royal Highness has been a fantastic supporter of EACH in her role as Royal Patron, including throughout her pregnancies, giving our media profile a significant boost and inspiring many people to raise funds for us, so we’re incredibly fortunate.

“I know from Her Royal Highness’s interaction with children and young people at our hospices, and from talking to the children and families who have met her, that she has all the qualities of a fantastic mum.

“We wish The Duke and Duchess of Cambridge and their family every health and happiness.”

Following the arrivals of Prince George in 2013 and Princess Charlotte in 2015, EACH was very grateful to receive donations in lieu of gifts for the births. To make a donation to EACH visit www.each.org.uk/donate.