What can we expect from Mary Meeker’s 2018 Internet Trends Report? 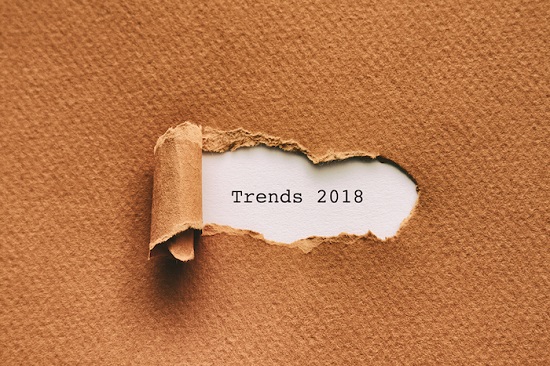 Hugh Massam, Senior PR Associate at KISS, takes a look at what internet trends we should expect from Mary Meeker's 2018 report.

One of the world’s top internet and media commentators and a partner at US investment firm KCPB, Mary Meeker’s yearly Internet Trends presentation – regarded as the tech industry’s State of the Nation - will again be eagerly devoured this May by investors, industry and key players. Her Code Conference sessions are seen as world class analysis and influence in how investors – including her own firm – decide whom to back.

She believes that there are seismic changes afoot in how we consume media and that those of us in western economies should spend more time watching developments and media habits in places like China where private tech companies are driving China’s wealth creation and changing the digital landscape.

Broad trends – where we spend our screen time

Meeker notes that global revenue from internet advertising (including mobile) exceeded that for television for the first time in Q1 2017. Google and Facebook control 85% of online ad growth with Amazon climbing rapidly - Netflix went from zero to 30% of the US home entertainment revenue in 10 years.

Mobile internet media consumption is rising hugely everywhere, but nowhere more so than in China; by 2016 there were 700 million mobile users and 71% of e-commerce spending was on mobile devices.

Chinese mobile payment volume doubled to more than $5 trillion in 2016 - many have commented on China being the most advanced internet and digital economy in the world, and the country is moving further towards becoming a cashless society as payment giants like WeChat Pay and Alipay gain ground. While they may not yet feature in the top advertising earners, there are claims that we are consistently underestimating the power of Alibaba, Tencent and Baidu.

What we watch and play

We’re changing where and how we see news, watch shows and play games. Esports are huge globally - the US is building multimillion dollar dedicated esport stadiums and among millennials, watching esports ranks top-equal as preferred viewing alongside traditional live sports events.

Livestreamed events such as sports and concerts remain popular globally but, in a trend unique to China, paid livestreaming of non-sport entertainment and gamified social platforms shows high consumer engagement and much higher consumer willingness to pay. China has become the number one market for interactive game revenue – bigger than the US – and that’s expected to increase when we see the next report.

Meeker quotes industry legends who firmly believe online gaming not only helped them learn, but was influential in developing both their technical and entrepreneurial skills - including LinkedIn co-founder Reid Hoffman who said ‘if you want to see where business is going in three to five years, take a look at gaming today’ – and he believes this still holds true.

How we get around

So, it’s likely that as we change what we watch and how we get around, we are also changing when and where the ‘right time and place’ happens to take in brand messaging.

We’ve seen big changes, and Meeker’s report predicted that by 2017 spending on internet advertising will have surpassed spending on TV advertising for the first time – and recent research from the Advertising Association and WARC has revealed that this has now happened.

This won’t surprise many as it is clear that people are spending more and more time online than ever before – and particularly on their mobile phones. The main challenge will be how to capture the attention of these mobile users who will be using their devices while they watch so the big idea will need to have much more relevance, along with understanding user behaviour and key touchpoints. We’re eagerly awaiting her 2018 report to see what else to expect. Our job at KISS is to work with you on strategy, come up with the right big ideas, and help you navigate what Meeker regularly calls the ‘torrid pace of change’ and the shifting sands of the media landscape. Placing that message clearly requires more channels, as well as more thought and planning than it did 10 or 15 years ago - and of course we’ll all have our eyes on China!