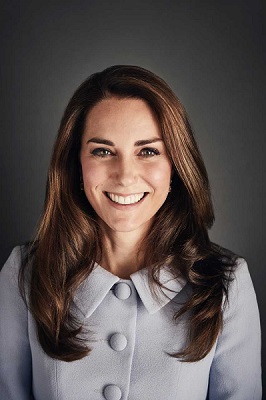 HRH The Duchess of Cambridge, Royal Patron of East Anglia’s Children’s Hospices (EACH), is “celebrating the remarkable and life-changing support provided by children’s hospices and palliative care charities across the UK” this Children’s Hospice Week (21-27 May).

In a letter of support for the national awareness week organised by Together for Short Lives (TfSL), the UK’s umbrella charity for children’s palliative care, The Duchess shares how she cherishes “simple family moments like playing outside together”.

The theme for Children’s Hospice Week this year is Life’s Short. It is the small moments that make every day special and TfSL is revealing the top five moments that matter for seriously ill children across the country.

The Duchess has seen first-hand the lifeline support provided by children’s hospices and palliative care charities during visits to EACH hospices, in which she has helped children and families to make the most of moments that matter.

Her letter reads: “I am touched that children and young people are sharing what they love most in life and reminding us of how precious time is for everyone. By supporting Children’s Hospice Week we can help them spread joy and positivity across the UK, encouraging everyone to make the most of moments that matter.”

The Duchess became Royal Patron of EACH in 2012 and this letter is the latest in a series of messages she has released since.

Graham Butland, EACH Chief Executive, said: “We’re privileged to have the continued support of Her Royal Highness, who has done so much to raise awareness of not only EACH, but children’s hospices right across the country.

“This most recent show of support emphasises what an important role we play when time is short, helping families make the most of their precious time together and create memories that last forever.

“Children’s Hospice Week is a really important time of year for us and we hope people will join the Duchess in championing the role of children’s hospices in the UK.”

EACH Counts is a new campaign launched this week to help people do that. For more information and to view the Duchess’s letter in full, visit www.each.org.uk/childrens-hospice-week.