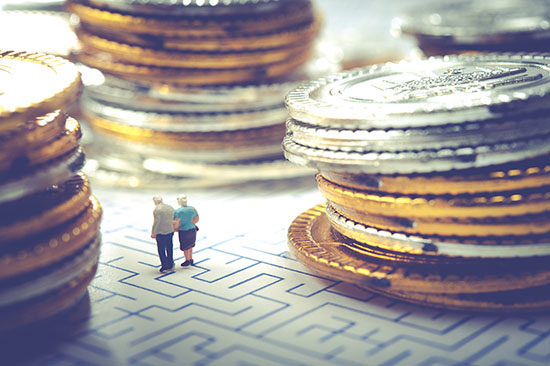 Since 6 April 2015, it has been possible to pass on retirement savings to your loved ones without an Inheritance Tax charge.

Your pension scheme’s structure will determine this ability; highlighting the importance of reviewing your existing arrangements, and ensuring that you are in the most appropriate place.

George Osborne’s Pension Schemes Act 2015, known as the ‘Pension Freedoms Act’, attracted a great deal of attention by loosening the restrictions of accessing ‘Money Purchase’ pension schemes at retirement. ‘Final Salary’ schemes were unaffected by the changes, although could be transferred to a Money Purchase scheme to take advantage of the new rules. Visions of retirees spending their entire pension pots on Lamborghinis flooded the headlines, as they were now able to cash in their entire pot at once.

Less sensational, but in many respects more important, were the changes made surrounding the application of Inheritance Tax to pensions - allowing one to potentially pass on pensions with no Inheritance Tax liability. Those that did report it did not necessarily specify the caveats and restrictions of these changes, which may have led some to believe their pension would be Inheritance Tax free, when in reality a charge may still apply.

For a pension to be passed to your beneficiaries free from Inheritance Tax, the requirements are in two parts. First, the benefits must be held in a trust, and second, it must be at the trustees’ discretion to whom the fund will be distributed.

A trust is a structure whereby the legal ownership of an asset is separated from the right to the benefit of the asset.

Taking a trust-based pension as an example, the scheme will have pension trustees who, as the legal owners, have the responsibility to ensure the plan is compliant with the law and to administer the plan. As the member, you have the right to the benefit of the assets - i.e. you can take income and capital at retirement.

Alternative arrangements are ‘contract’ based pensions, which have often been favoured by smaller companies in the past. This is where a contract is in place between you and the pension provider, which essentially outsources the control and management of your pension rather than transfers the legal ownership. You, of course, still maintain your right to the benefits in this type of arrangement.

It must be at the trustees’ discretion as to whom the benefits may be paid upon a member’s death.  This arrangement is known as a ‘discretionary trust’.

In a discretionary trust, the trustees must be able to identify potential beneficiaries from prescribed classes of people. For example, the scheme may have the ‘classes’ of the member’s spouse or civil partner, children and parents.

The member may nominate further potential beneficiaries using an ‘expression of wish’. This is particularly important if the person you would like to receive the pension is not within the classes of the scheme.

The phrasing of the wish is essential to avoid inheritance tax, as it must only be a guide to the trustees, rather than an obligation. Once an obligation, it is no longer at the discretion of the trustees - a key problem with contracts, which inflict a legal compulsion.

Both of these requirements may appear intellectual to the point of fastidious. It is practically guaranteed that the pension trustees will pay to whoever the member nominates, and trust and contract based pensions behave so similarly they can be virtually indistinguishable.  However, this apparent equivalency belies the fact that, in the eyes of the law, Inheritance Tax of up to 40% will apply to one and not the other.

The majority of modern schemes are now discretionary trust-based, thereby ensuring the advantages described above.  However, it never pays to assume, and there are many, typically older schemes out there which may not be in the appropriate structure.  These may include:

Given the wide variety of arrangements the Act applies to, and the impact the tax may have, it is very important to check how your schemes are arranged and managed so you may plan accordingly. Making the change could be extremely simple, with many plans offering the ability to write the existing scheme into trust, while other plans may require a transfer to an alternative provider.

There are, as always, several exceptions to the rules, and it would be remiss to assume that even if the scheme was in trust there would be no tax to pay for you or your beneficiaries. The size of the plan, the age at which you pass away, and how your beneficiaries make use of an inherited pension pot are some of many factors which will affect the amount they are ultimately entitled to.

It is easy to forget the details of your pension schemes, particularly if you have held them for a while, and the information can often be difficult to interpret when the annual statements arrive. As part of our Wealth Management service we can assess the arrangement and structure of your pension plans by speaking to the providers on your behalf. In doing so, we can determine the most suitable course of action to take in the context of your other assets and opportunities available, and increase your ability to meet your financial objectives.

For more information please contact your Wealth Manager, or alternatively call us on 01223 720 208.